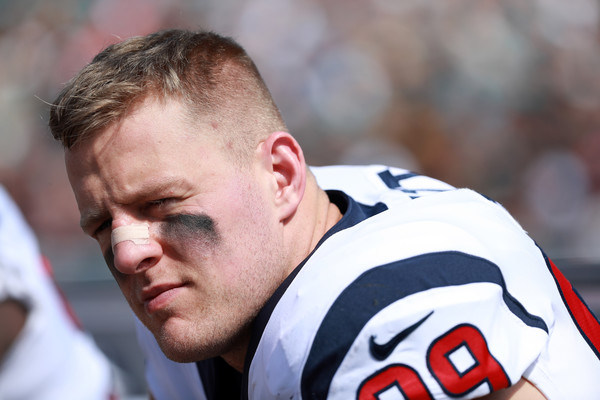 J.J. Watt will make a bit of NFL history on Sunday. Watt becomes the first NFL player to serve as the grand marshal of the Daytona 500.

Watt will be tasked with giving drivers the command to start their engines in the Daytona 500, the premier event of NASCAR’s Speedweeks.

“I am honored to have the opportunity to serve as Grand Marshal for this year’s ‘Great American Race,’” Watt said, according to NASCAR. “The Daytona 500 is a truly iconic event with a rich history and I am very much looking forward to taking in the action up close and personal this year.”

Watt is a three time NFL Defensive Player of the Year and though his Justin J. Watt Foundation has become well known for his charitable efforts. He raised $41 million following Hurricane Harvey in 2017 which earned him the Walter Payton NFL Man of the Year Award.