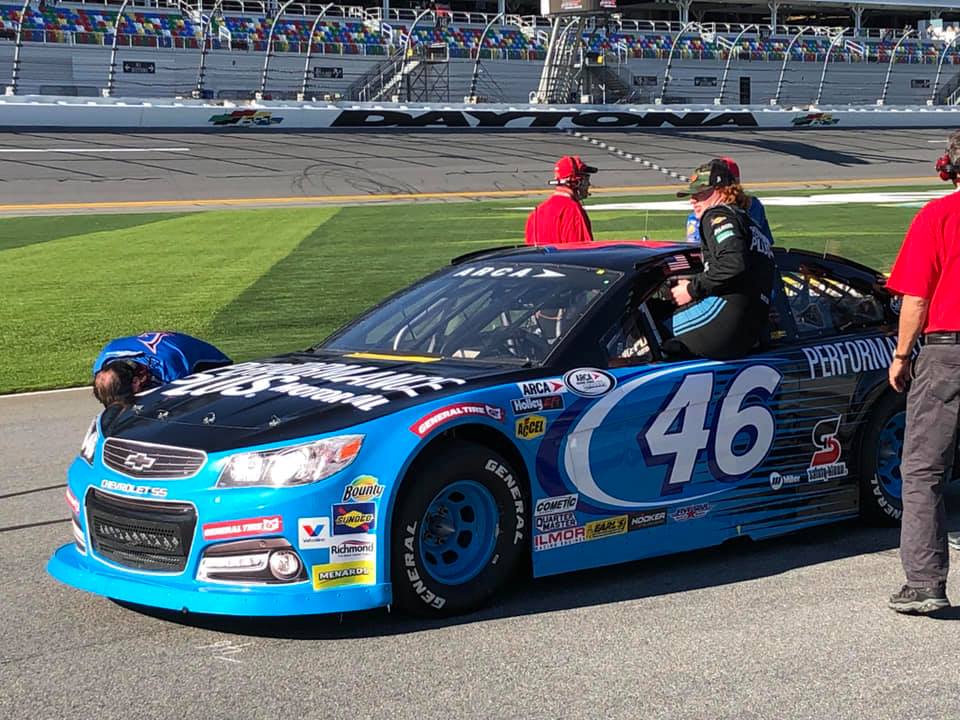 Thad Moffitt, the grandson of Richard Petty, made his Daytona debut on Saturday in the ARCA Menards Series’ Lucas Oil 200.

Moffitt, 18, began the race from second place. Driving the No. 46 Chevrolet, Moffitt’s appearance in the ARCA season opener marked the first time a Petty had run at Daytona in 11 years.

While running at the front of the field, Moffitt had a window net come down which forced him to make an unscheduled pitstop on lap 28. He would lose a lap on the ensuing pitstop. Moffitt would try to make his way though the field but with nine laps to go he would spin out after it appeared a tire went down on his car. He finished 27th.

“A lot of our family history was built at this track alone and there’s a lot to live up to,” Moffitt said on Friday. “Racing here for the first time is kind of surreal, because everyone in my family who’s been in a race car has raced here and everyone who’s driven a race car has won here.”

Petty was a seven time Daytona winner, while his father Lee was the first winner at Daytona in 1959. In 1979, Moffitt’s uncle Kyle Petty won the ARCA event.

Performance Plus Oil sponsored Moffitt’s ride which was black and Petty blue.