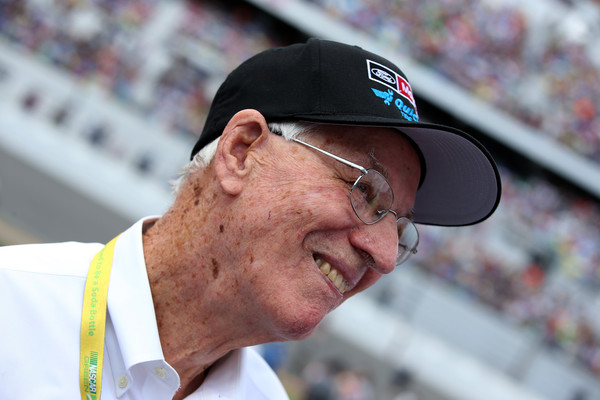 Wood’s passing was announced by Wood Brothers Racing. Wood was the oldest living member of the NASCAR Hall of Fame, earning induction in 2012. His brother Leonard would earn induction in 2013.

Glen and his brother Leonard built the Wood Brothers Racing team which competes in the Monster Energy NASCAR Cup Series.  In over 1,500 starts the team has 99 wins. Wood earned four of those wins himself in the early years of the team.

Wood attended every Daytona 500 until last year when at the age 92 he opted to stay home with concerns of catching the flu.

Paul Menard is the current driver of the Wood Brothers Racing team.

His death continues a difficult offseason for NASCAR which recently lost JD Gibbs, son of Joe Gibbs and  co-owner of Joe Gibbs Racing, at the age of 49 due to a neurological disease.