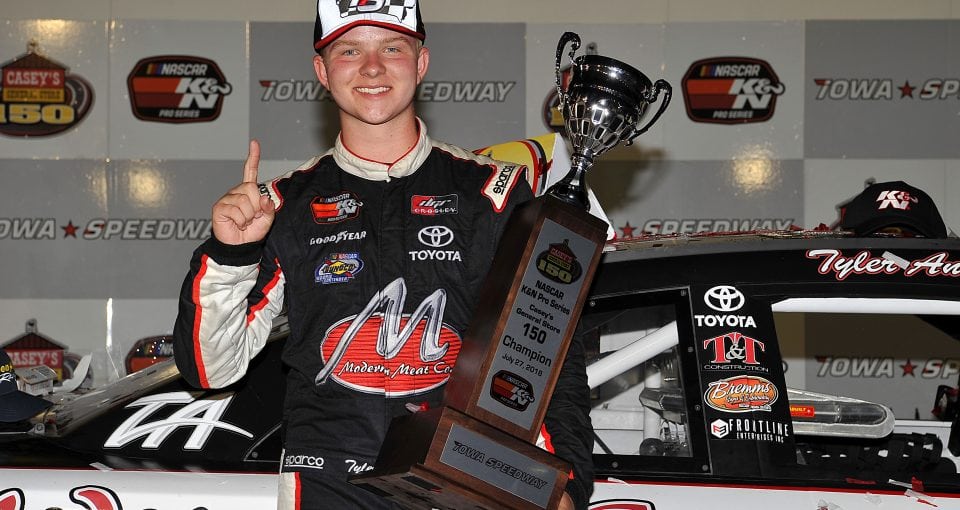 Tyler Ankrum will be in the seat of the No. 17 truck for DGR-Crosley in the NASCAR Gander Outdoors Truck Series.

Ankrum will miss the first three races of the season due to age restrictions but then will make his debut at Martinsville Speedway and run the remainder of the season competing for Rookie of the Year honors in a Toyota Tundra.

His first race in the Truck Series came for  DGR-Crosley at Martinsville Speedway where he earned an 18th-place finish. He later scored a sixth place finish at ISM Raceway in Phoenix, AZ.

In 2018, Ankrum competed full-time in the NASCAR K&N Pro Series East where he was crowned as the Champion in his rookie season. He became only the sixth driver in the series history to win a Championship and Rookie of Year honors in the same year. During the 14-race season, Ankrum captured four wins, nine top-five and 12 top-10 finishes.

“I’m really happy that Tyler is continuing his career with us at DGR-Crosley,” said team co-owner David Gilliland. “We started working with him when he was racing Late Model Stock cars a few years ago, and obviously he had a phenomenal season with us this year in the K&N East with four wins and a Championship. It’s really special to watch him grow and develop as a driver. Tyler has proven that he knows how to win, and we’re excited to take the next step with him.”

Ankrum, who has found a home in DGR-Crosley, is looking forward to continuing the relationship going forward.

“Honestly, this is a dream come true,” said Ankrum. “It’s crazy to think that something I’ve been a fan of for so long, I’m now going to be a part of it. It’s even more special that I get to stay at DGR-Crosley and progress within their organization. Everyone on our team collaborates really well together, and there’s not a single person there that I don’t enjoy being around and learning from. Being surrounded by a group of people that I’m comfortable with will help in the transition and learning curve of moving up to the Truck Series. I’m really thankful for this opportunity, thankful to David for believing in me and especially grateful for all those that have supported me throughout my entire career.”

Ankrum and the No. 17 team will have two returning partners in Modern Meat Co. and May’s Brands. Additionally, Fred’s and Vivo will jump on board to sponsor Ankrum in select races throughout the 2019 season.