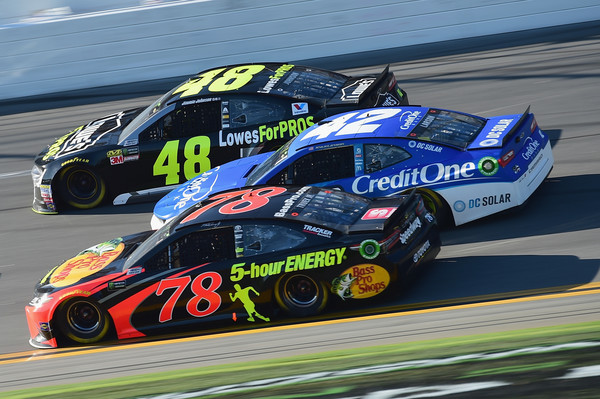 More people turned away from NASCAR in 2018 than in 2017. In total over 5 million people have stopped watching the sport over the the last 13 years.

NASCAR has fallen a long way from where it was in 2005 when nearly 8.5 million people turned in to watch each Cup race. More people have stopped watching NASCAR than the number of people who still tune in.

➖On digital front, NASCAR saw race-day content consumption rise 29% while page views and video views were up 13% and 49%. pic.twitter.com/52HTJq35aX

With viewership on tv down and ticket sales continuing the fall, NASCAR has placed an emphasis on younger drivers, discussed schedule changes and made massive aerodynamic changes for 2019.
“I think that we are looking with our broadcast partners and with our tracks and with our teams and drivers to get input on what each of them believes would be an ideal schedule, and then we’re obviously doing fan research as part of it,” NASCAR president Steve Phelps said on Nov. 18. “So do I believe that everything is on the table? I do. Will we see a lot of the things that have been talked about, so more short tracks, more road courses, double‑headers, mid‑week racing, pulling the season forward? All those things would be in play. I don’t know what’s going to happen, but we are working diligently on what a 2020 schedule would be.”