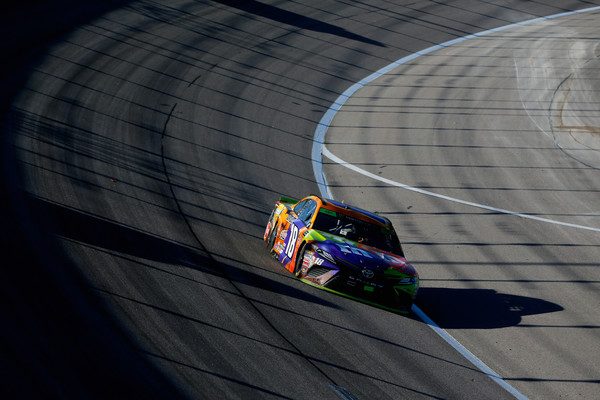 The final race before the Championship 4 at Homestead-Miami Speedway took place on Sunday afternoon at ISM Raceway in Avondale, AZ. Claiming the win at the Phoenix-area track was Kyle Busch in the No. 18 M&M’s Toyota Camry.

Kevin Harvick who had mastered ISM Raceway under it’s previous configuratyion began the race on the pole but it was Chase Elliott and Kyle Busch splitting the first two stages of the race. An untimely spin by Tanner Berryhill while Harvick was on pit road would put the No. 4 car in a tough spot as the laps ticked down.

With 43 laps to go the caution again dropped as Erik Jones got lose into Kurt Busch following a restart. Denny Hamlin who made a move for the lead then bumped into Busch collecting Chase Elliott in the process.

Alex Bowman would catch fire and hit the wall bringing out a second red flag in the third segment with 25 laps to go. Another caution would come out not too much later with Berryhill hitting the wall.

Martinsville winner Joey Logano was ensured of making the Championship 4 via his win. Harvick previously had won at Texas but had his win taken away after receiving an L1 penalty. Harvick and last year’s Champion Martin Truex made the Championship 4 on points.