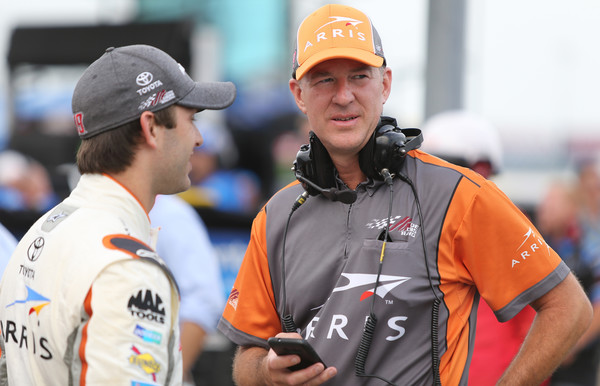 “We are very pleased to bring Scott back to the fold,” said team co-owner Jack Roush. “Scott is an exceptional talent atop the pit box and he has done an outstanding job throughout his career – with multiple championship campaigns attesting to that.

“He brings a strong engineering background to the table and we are excited about the opportunity to pair him with Ryan Newman going into the 2019 season.”

Graves spent the previous three seasons at Joe Gibbs Racing, where he guided Daniel Suarez to the 2016 NXS Championship, before moving to the Cup Series with Suarez in 2017 where he led the young driver to 10 top-10 finishes during his rookie campaign.

Graves, a Clifton Springs, N.Y. native, earned his BS in Mechanical Engineering from Texas Tech in 1994. He joined Roush Fenway Racing in 2006, working as an engineer with drivers such as Matt Kenseth, Carl Edwards and Bobby Labonte.

He teamed with Buescher the following year, helping to develop the young driver into the 2015 NXS Champion.