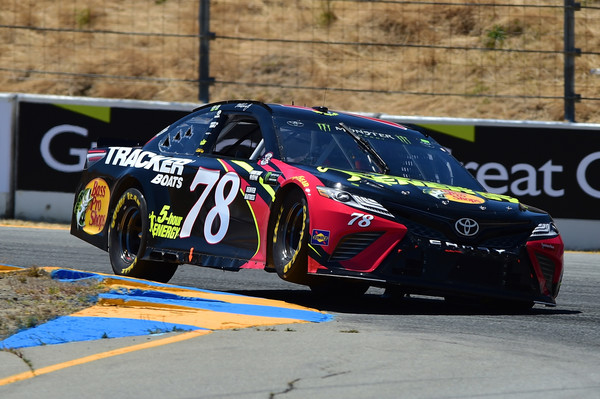 Furniture Row Racing (FRR) has had to push back against rumors that the organization may close at the end of the 2018 season. Still the message continues to ring to fans.

It says a lot about NASCAR’s current sponsorship that the 2017 Championship team has to deny closure rumors.

In 2017 FRR surprised many when the team went from hopefuls to fielding a championship winning car for Martin Truex Jr. That season the team actually was able to field a second car for Erik Jones but that seat went away at the end of the year and sponsorship from Five Hour Energy was shifted to Truex’s car.

A year later and FRR is still seeking sponsorship along with a deal with Toyota and a continuation of their alliance with Joe Gibbs Racing.

Add to that that Truex is unsigned nearing the playoffs and the millions already put into the team by owner Barney Visser and it’s understandable why rumors have began to pop up.

“Furniture Row Racing continues to develop sponsorship opportunities for 2019 and beyond,” Visser said in a statement shooting down the rumors. “We have aligned ourselves with great partners over the years and are very proud of the success our organization has achieved, especially the 2017 NASCAR Cup Series championship with Martin Truex Jr.

“Furniture Row Racing not fielding a team in 2019 is not an option and we have every intention of continuing to build on our success for years to come.”

Since appearing at the Cup level in 2005, Visser has used sponsorship from Furniture Row, Denver Mattress and their other brands to help field cars.

It is now rare to see a full year sponsorship with race teams now having to piece together smaller contracts to fill out a full NASCAR schedule.

Problems with sponsorship dollars is not just a problem for FRR. Lowes will not continue their sponsorship of Jimmie Johnson and Hendrick Motorsports past this season and even NASCAR itself continues to seek out a title sponsor beyond 2019.