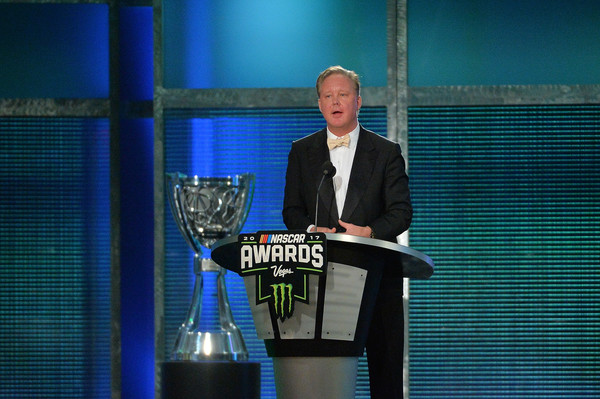 NASCAR chairman and CEO Brian France was arrested Sunday night on Long Island and charged with DUI and criminal possession of a controlled substance. The arrest came after Sunday’s race at Watkins Glen which saw the first win at the Cup level in the career of Chase Elliott.

France was arrested at 7:30 pm and held over night. He was arranged in the morning and later released on his own recognizance.

A release about France’s arrest from the Sag Harbor Village Police Department reads: “Mr. France was observed operating a 2017 Lexus northbound on Main Street failing to stop at a duly posted stop sign. Upon traffic stop, it was determined that Mr. France was operating said vehicle in an intoxicated condition. Upon search of his person, due to a lawful arrest, Mr. France was in possession of oxycodone pills.”

“We are aware of an incident that occurred last night and are in the process of gathering information. We take this as a serious matter and will issue a statement after we have all of the facts,” NASCAR said in a statement.

France is the grandson of NASCAR founder William France. While he has held the title of CEO since 2013, his sister Lisa France Kennedy has run the family’s track-operating company, International Speedway Corp..

Jim France and Lisa France Kennedy are believed to own the majority stake of NASCAR but the family has not publicly commented on the company’s ownership structure.

Under NASCAR’s substance abuse policy, France could be suspended and required to go though a recovery program.