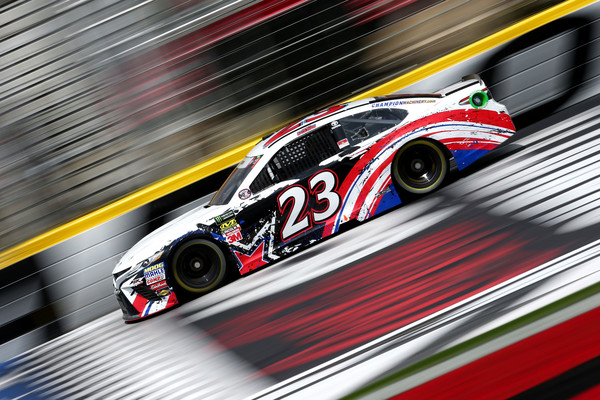 A bankruptcy judge has approved a plan to sell BK Racing on Aug. 20 with bids due Aug. 13.

As many has 29 parties have shown interest in BK Racing according to Dustin Long of NBC Sports. One of those parties is Mike Beam, president of GMS Racing, another is BK Racing owner Ron Devine.

“It’s a fire drill …. driven by the bank,” Devine said about the sale of the team which was determined by court appointed trustee Matthew Smith.

Since Smith has taken over control of the team, BK Racing has continued to race at the Cup level. Gray Gaulding is listed as the driver for the No. 23 Toyota on the entry list for Pocono.

Smith has said that BK Racing is tight on cash and lacked the cash to run past the 2018 season.

After being a multi-car team for much of it’s history at the Cup level, BK Racing is down to just one car this season in the No. 23.

The organization has three career finishes inside the top-10.