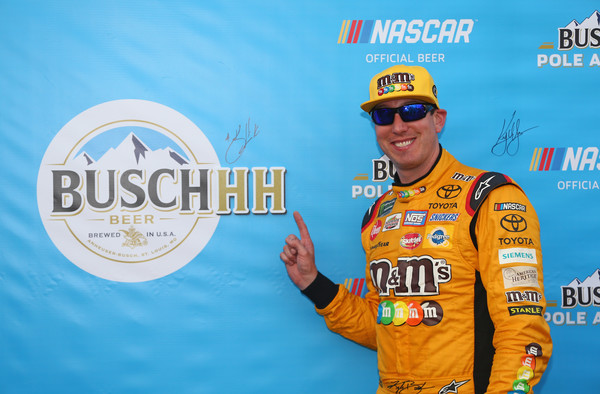 A week after multiple incidents involved Ricky Stenhouse and his No. 17 Ford Fusion, members of NASCAR’s media were asking drivers whether or not they had spoken to the former Xfinity Series champion.

When asked, Kyle Busch said he had not spoken to Stenhouse and that he expected Monday to have been a busy day for Stenhouse since he “wrecked half the field.”

The 2016 Monster Energy NASCAR Cup Series champion was also asked whether or not he would race Stenhouse any different to which he threw some shade towards the Roush-Fenway Racing driver saying “I can’t worry about people that far back in the field.”

Stenhouse’s best finish at Kentucky was an 11th place run in 2015. Busch has already won five races this year and claimed wins at Kentucky Speedway in 2011 and 2015.

Stenhouse responded to Busch during qualifying on NBCSN saying “If he wants to keep running his mouth, he can come over and do it (to me), I’ll stop it for him.”