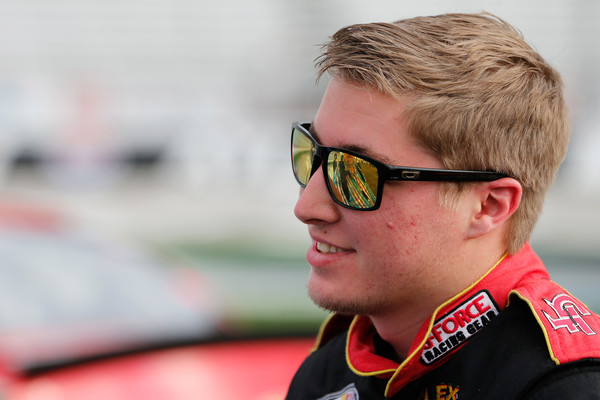 The No. 99 car of StarCom Racing will be driven by Garrett Smithley.

Smithley joins Landon Cassill, who will be in the No. 00 car, to give the upstart team two entries for Saturday night’s running of the Quaker State 400 presented by Walmart at Kentucky Speedway.

The cars of Smithley and Cassill are just two of the cars on the entry list for the 1-5 mile track located in Sparta.

“I’m excited to have another shot in the cup series! Kentucky is a special place for me. I’ve got a ton of family there so it always feels like a home track for me,” said Garrett Smithley. It also helps that I’m a big fan of the track, and I’ve had pretty good success there in the Xfinity series so I hope I can get my Victory Lane Oil Chevy around the track well!”

The 26-year-old driver from Peachtree City, GA, made his Cup Series debut at Michigan but was credited with just one lap scored due to a transmission problem. Smithley has run 16 Xfinity Series races this season with a best finish of fifth in the season opening race at Daytona.