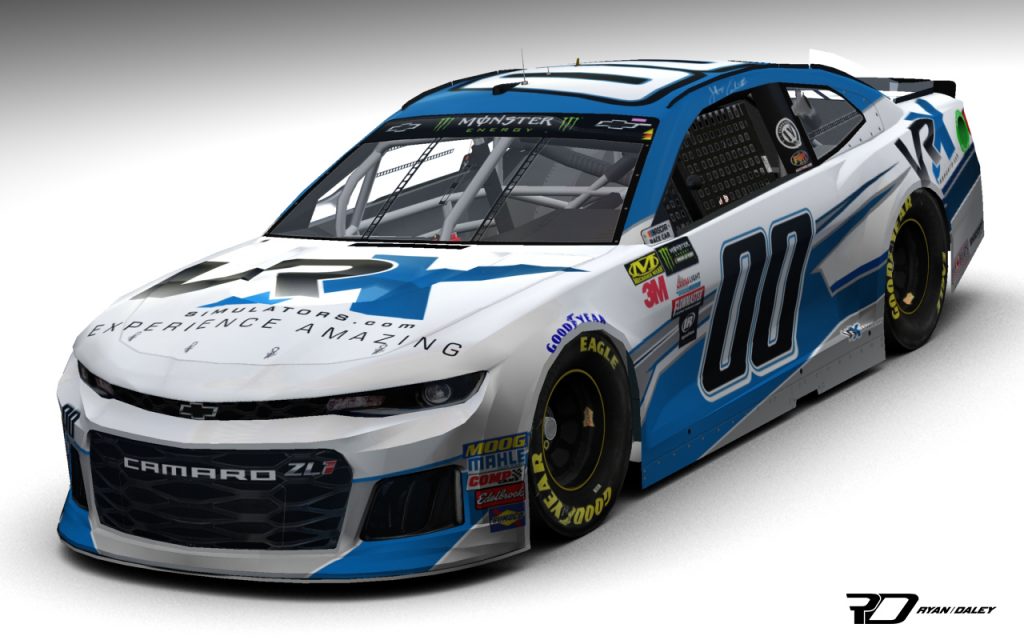 Jeffrey Earnhardt, Report to StarCom. No this is not the newest NASCAR space exploration series.

Earnhardt, 28, has joined on with StarCom Racing for the 2018 Monster Energy NASCAR Cup Series season. His first race for the team will be the 60th running of the Daytona 500, a move that ensures an Earnhardt will be in the Great American Race for the 40th straight year.

“I am so appreciative of everyone at StarCom Racing and VRX for having confidence in me and making this a reality,” said Earnhardt. “There’s been an Earnhardt driving in the 500 for 39 years so to be able to keep that streak going for a 40th year means a lot to me and I’m sure a lot of Earnhardt fans are going to be happy to hear this news.”

StarCom Racing (SCR) recently acquired a charter for the 2018 season and will field the No. 00 car of Earnhardt.

Last season the team ran two Cup Series races with Derrike Cope at Kansas and Phoenix. Cope operates now as the manager of the team which is owned by William Woehlemann and Michael and Matthew Kohler.

Earlier today at the @NASCARHall for our announcement of @JEarnhardt1 as our driver this season! Huge thank you to our partner @VRX_Motorsports! Check out this link for our official press release https://t.co/zawGASajhS pic.twitter.com/AteVo3OCnJ

“It was imperative for our young team to have a sponsored driver for our start-up year, and we did have several options. We felt that Jeffrey was the best fit for our team and VRX has already shown the type of enthusiasm and commitment that SCR has both for Jeffrey and for the sport. It will be a very exciting year for us,” said Cope about the upcoming season.

VRX will began the season sponsoring the team’s Chevrolet Camaro. Located in British Columbia, Canada they create racing and flight simulators for home and business use. This marks their first sponsorship at the Cup level.

The team announced later on Twitter that they would field a No. 99 Chevrolet for Cope in select races later this season.