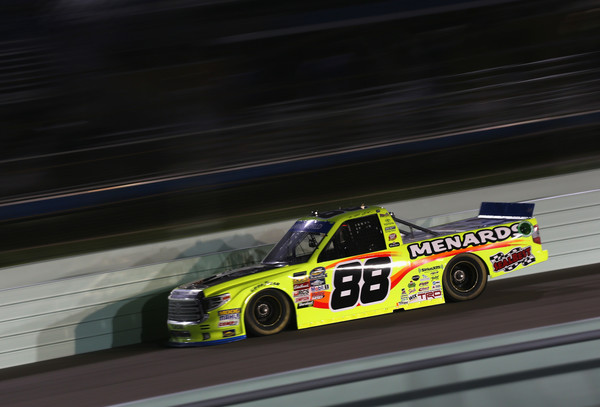 “With 23 years in the NCWTS, we look forward to our new partnership with Ford Performance in NASCAR,” said team owner Duke Thorson. “Our pursuit of wins and championships remains at the forefront of our objectives.”

ThorSport has more recently run Toyota and Chevrolet trucks in the series.

“We’re excited that ThorSport Racing has decided to switch to a F-Series truck for the 2018 NASCAR Camping World Truck Series,” said Mark Rushbrook, global director, Ford Performance Motorsports. “ThorSport is a proven championship-level team in the series, and we look forward to providing them the aero and simulation technical support that will ensure they remain at the top level of the Truck Series.”

Matt Crafton returns to the team for 14th consecutive season with continuing sponsorship from Menards. The team also announced on twitter that Grant Enfinger and Ben Rhodes would fill out their driver lineup for 2018.

#BenisBack! We’re excited to announce @benrhodes is back, this year piloting the No. 41 @FordPerformance machine! #NASCAR

The season opening race for ThorSport is the NextEra Energy Resources 250 on Friday, Feb. 16 at Daytona International Speedway.