David Ragan, Matt DiBenedetto get deals to drive for BK Racing in 2016 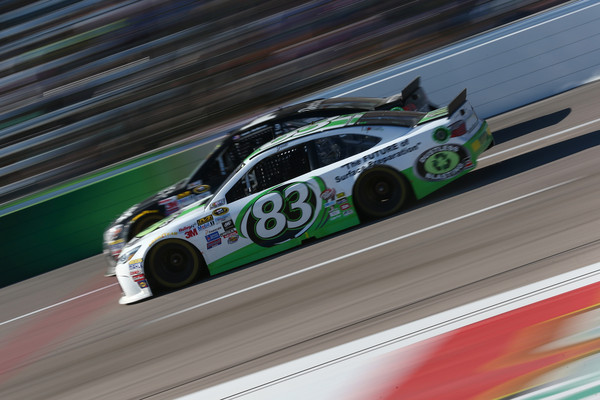 David Ragan and Matt DiBenedetto will drive two of the cars for BK Racing during the 2016 NASCAR Sprint Cup Series season.

Ragan joins BK Racing after splitting time between Front Row, Joe Gibbs Racing and Michael Waltrip Racing last season. The driver began 2015 in the No. 34 car but after Kyle Busch suffered a broken foot he moved onto the No. 18 car for nine races. He then finished out the rest of the season in the No. 55 car filling in for Brian Vickers.

Now the Georgia native will drive the No. 23 car for BK Racing.

“I’m happy to be part of something that has so much growth potential,” said Ragan. “(Team owner) Ron (Devine) has steadily built his program over the last five years. He’s made an even greater commitment in 2016 with new cars, equipment, and additional personnel. I feel that we’ll be in a position to bring the team to the next level. I’m looking forward to the season.”

BK Racing will field the No. 83 car for DiBenedetto who returns after making his debut with the team during the 2015 eason. Gene Nead will return as his crew chief for the DiBenedetto.

“Last year I learned a lot from everyone here at BK Racing and I’m looking forward to having a full notebook heading into the season,” DiBenedetto said. “Ron, Gene and the team have put in a lot of work over the offseason and we are all looking forward to Daytona.”