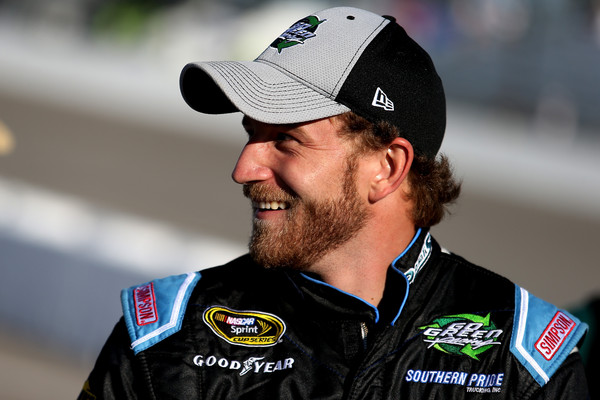 Jeffrey Earnhardt has signed a multi-year deal with Go FAS Racing to drive the No. 32 Ford Fusion in 2016 and beyond. Former Sprint Cup Series champion Bobby Labonte will also drive the car for multiple races.

The 26-year-old Earnhardt will have sponsorship from Can-Am for 11 races.016.

“I’m really excited to join GFR,” Earnhardt said in a release provided by the team. “I’m thrilled to have Can-Am on board as our partner for 2016. I’m an avid outdoorsman and their products are the gold standard for outdoor sports, so it’s a perfect fit. With Can-Am supporting our team we’re certain to increase our competitiveness throughout the 2016 season.”

Earnhardt will be running for Sunoco Rookie of the Year honors.

Last weekend at Richmond, Earnhardt made his Sprint Cup Series debut marking the first time two Earnhardt’s had been in the same Cup Series event in over a decade. Jeffrey is the son of Kerry Earnhardt, grandson of Dale Earnhardt and nephew to Dale Earnhardt Jr.