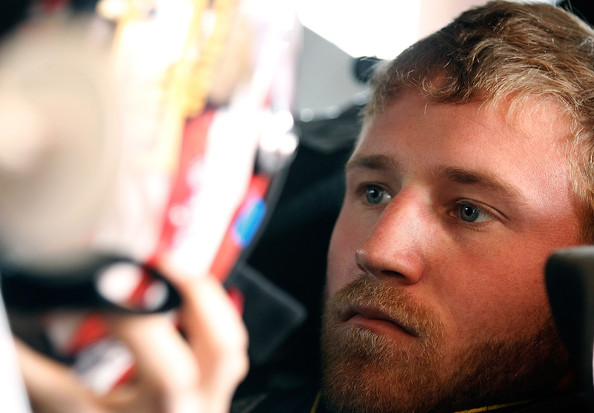 Jeffrey Earnhardt will get behind the wheel of the No. 32 Ford Fusion of G Green Racing this weekend at Richmond International Raceway.

Also returning to the N. 32 car will be sponsor Beer Frost who joins Corvette Parts as a sponsor for Saturday’s running of the Federated Auto Parts 400.

Scheduled to appear on the car at Darlington, Beer Frost moved over to the No. 98 Premium Motorsports Chevrolet driven by TJ Bell after Josh Wise failed to make the race.

“I’m really excited to get this opportunity and thrilled that CorvetteParts.Net is sponsoring my debut in Sprint Cup,” commented Earnhardt. “The Keens have been very good to me and having their company be part of an important day in my career is pretty cool. I appreciate everyone at Go Green Racing for making this happen and look forward to doing my best to make it a good debut.”

Earnhardt has not raced at the Sprint Cup Series level in his career. He has run six Xfinity Series races this season.