On Wednesday Joe Gibbs Racing announced that it had entered into a partnership with Stanley and Dewalt bringing sponsorship to the cars which will be driven by Carl Edwards and Matt Kenseth during the 2015 season.

Stanley will partner with JGR appearing as the primary sponsor for 12 races on the No. 19 Toyota Camry driven by Edwards while Dewalt will appear on the No. 20 driven by Kenseth for six races. 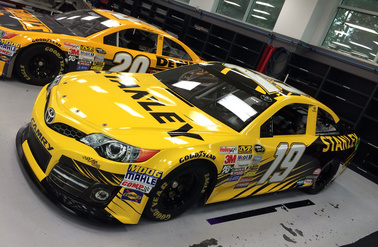 Stanley will have associate branding on the No. 18 Toyota throughout the 2015 season, as appear on the No. 19 and No. 20 cars when not serving as a primary sponsor. Other Stanley Black&Decker brands, including Mac Tools, BLACK+DECKER, and more, will continue to be a part of the NASCAR program with JGR.

“We are thrilled to announce a new partnership for Joe Gibbs Racing with both Stanley and Dewalt,” said Joe Gibbs, owner of Joe Gibbs Racing. “They have a great history in our sport. We’ve had a partnership with Mac Tools that dates back to our first days here at JGR. It’s an honor that they chose to come on board and support both Carl and Matt.”

Both Edwards and Kenseth are competing for this years NASCAR Sprint Cup championship.

“STANLEY is excited to partner with Joe Gibbs Racing and join Carl Edwards as he embarks on a new chapter in his career,” said Scott Bannell, VP of Stanley Black & DeckerCorporate Brand Marketing. “We believe he will be a fantastic representative on and off the track for us and we’re looking forward to the 2015 season.” 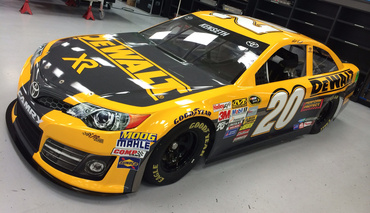 For Kenseth who previously drove a DeWalt car from his rookie season until 2009 it is a trip down memory lane.

“It is a special feeling tohave the opportunity to partner with DEWALT again,” said Matt Kenseth, “I have so many tremendous memories with them and I’m looking forward to representing their brand again and creating new memories.”

“We could not be happier to partner with Matt Kenseth again and to associate the Dewalt brand with Joe Gibbs Racing,” said Frank Mannarino, President of Dewalt. “Matt embodies many of the same characteristics as Dewalt with tremendous strength, toughness and dependability, and based on previous experience, we know he will be a great representative of our brand.”