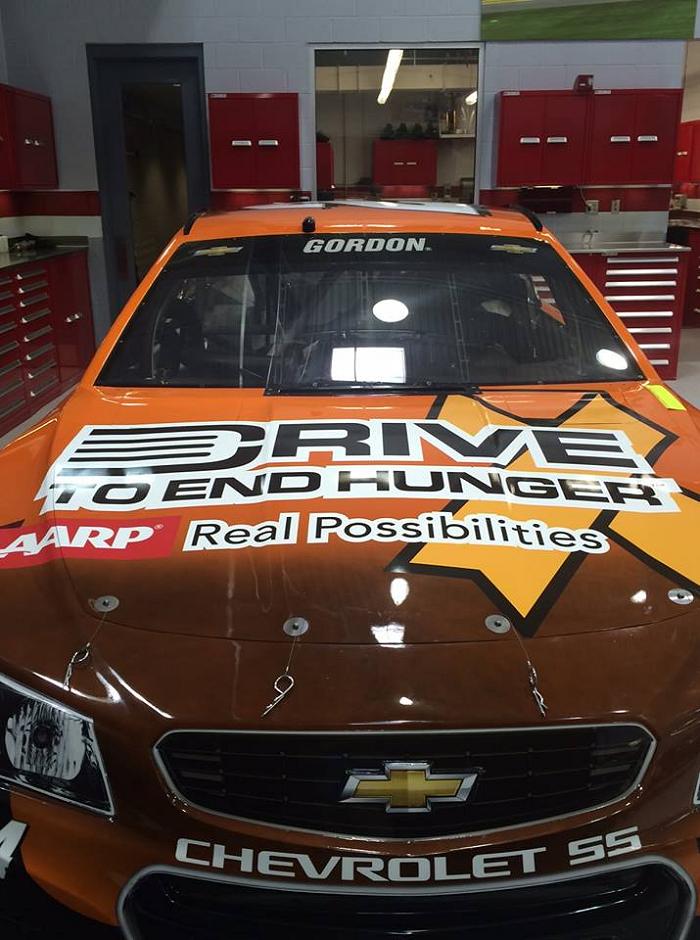 Jeff Gordon will be sporting a new paint scheme on his No. 24 Hendrick Chevrolet starting at Richmond International Raceway for Hunger Action Month.

During Hunger Action Month, AARP and AARP Foundation’s Drive to End Hunger is asking everyone to do something to help the nearly 9 million older adults struggling to put food on the table.

In Gordon’s career 43 races at Richmond Gordon has 17 top-fives and 2 wins at the 0.75 mile track. He is currently first in the NASCAR Sprint Cup point standings and has three wins this season.