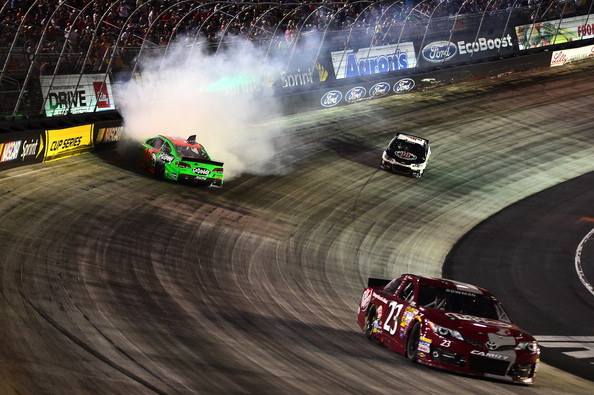 “It looked like somebody slid up a couple of cars in front of her and they all checked up,’’ said Bowman via MRN. “ I was just too deep not to run into her. I was on the brakes as hard as I could.

Bowman got into the back of Patrick’s car sending her around.

“I went over and talked to her (after the race). Definitely didn’t mean to wreck her. Hate that Danica Nation is probably going to hate me now. It was unintentional. I hope she knows that. There was no reason to wreck her. We weren’t even on the same lap. I apologized.’’

Asked after the race about the contact with Bowman, Patrick said that the two were fine now.

“I think were fine,’’ she said. “He’s just got to know that when you do that and you don’t leave room for error and you hit me and take me out, I’m right there. As soon as I find you again I’m going to let you know I’m not happy. We’re fine. If he does it again, worse things will happen. That’s all.’’