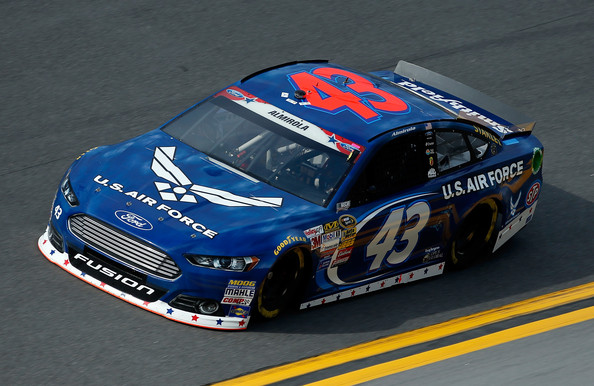 The 400 mile Coke Zero 400 was scheduled to run Saturday night under the lights but rain forced the race to be postponed until Sunday. David Gilliland led the field to 43 to green but on lap six the first caution came out for rain. A few laps later the red flag was displayed.

After a short break the racing continued but a slue of contenders saw there chances of victory go away well before halfway. Kurt Busch was leading the race at halfway when drivers began to pit with rain drops falling.

On lap 97 a huge crash took place sending Kyle Busch onto his roof, at-least 26 cars were involved. After a brief restart cars were called to the pits with Aric Almirola leading.

The win is the first of Almirola’s career and comes 30 years after Richard Petty’s last win at Daytona. The last win for the No. 43 car was April 1999 at Martsinville when John Andretti visited victory lane.