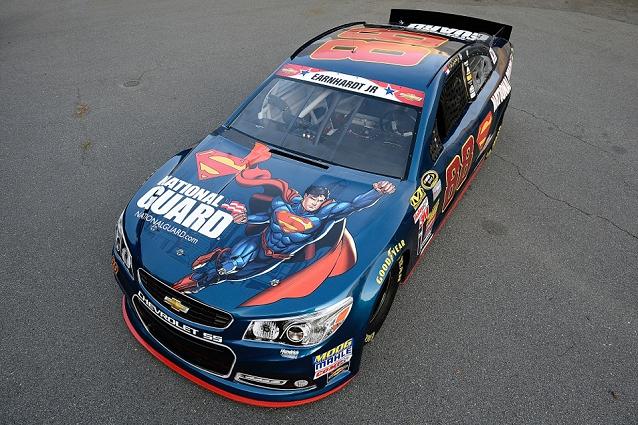 Dale Earnhardt Jr. will feature Superman, the world’s first and most recognized Super Hero on his No.88 Chevrolet SS this weekend at Charlotte Motor Speedway for the Coca Cola 600.

Last week, Hendrick Motorsports joined forces with Warner Bros. and DC Entertainment, agreeing to a three-year deal. In this deal Team Hendrick and DC Comics will share each others resources for promotion.

Dale Jr. will also drive the Superman car at the Quicken Loans 400 on June 15 at Michigan International Speedway.

The deal could result in everything from toy cars to comic books featuring the drivers, to other race-worthy paint schemes featuring the superheroes. Check out photos of the car below.

The Superman-themed paint scheme will pair the Army National Guard with the Superman Hall of Heroes, a new online gift-giving portal that empowers consumers to honor their personal heroes; those who have made a positive impact on their lives or the lives of others.

Earnhardt Jr. won the 2014 Daytona 500 and has six top-five finishes in 11 starts. He is currently fourth in the NASCAR point standings. 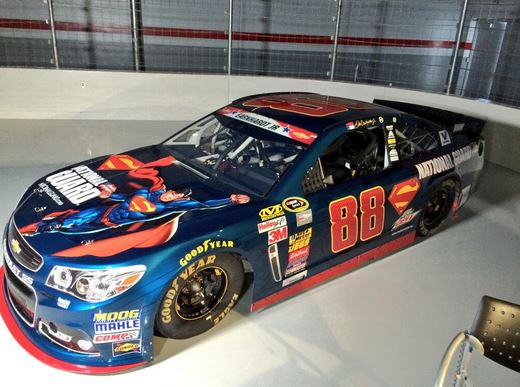 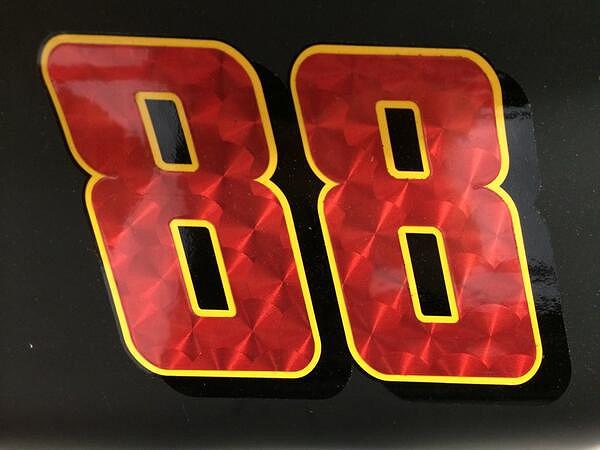 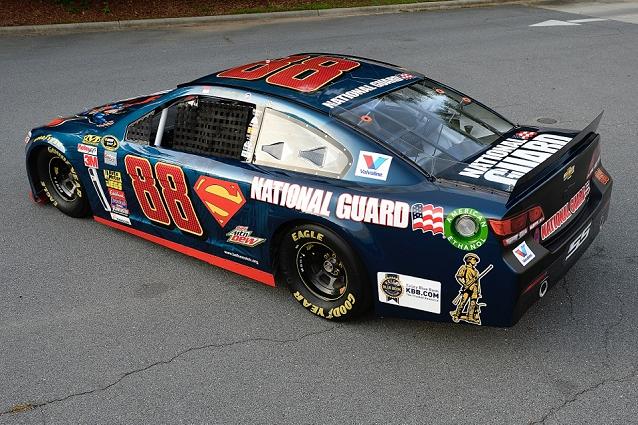