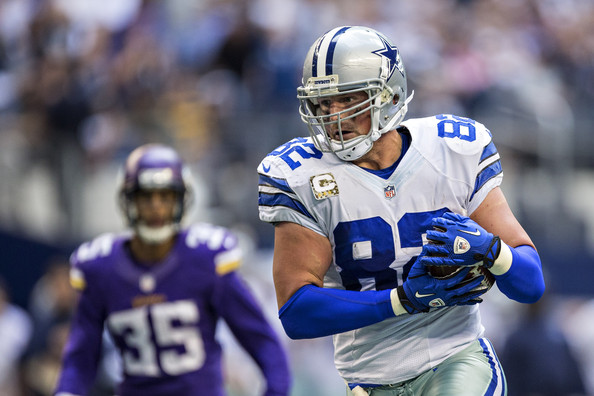 Dallas Cowboys tight end Jason Witten is one of the NFL’s more recognizable players winning the Walter Payton Man of the Year award in 2013. On Sunday the Cowboys No. 82 will drive the pace car for NASCAR’s race at Texas Motor Speedway.

Witten will take laps around the 1.5-mile track prior to the start of the Duck Commander 500.

For those wondering Witten does have a rooting interest for Sunday’s race.

“I’ll be in town to cheer on Denny Hamlin and the #11 FedEx team and raise awareness for their special March of Dimes paint scheme,” Witten said in a statement, “and it will be a cool experience to get behind the wheel before the drop of the green flag.”

Witten becomes the third athlete from the Dallas area to be selected for pace car duties. In 2010 Dallas Stars great Mike Modano was picked to drive the pace car, but rain forced the postponement of the Samsung Mobile 500. Former Texas Rangers pitcher C.J. Wilson drove the pace car at the 2010 AAA Texas 500.

In 2010 Witten served as the honorary starter for the Food City 500 at Bristol Motor Speedway.