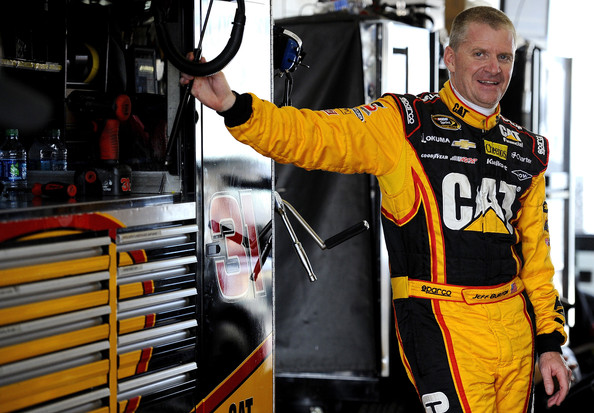 Jeff Burton will drive for Michael Waltrip Racing on a part-time basis in 2014.

Burton, 46, will drive the No. 66 Toyota Camry for MWR beginning at Las Vegas. Additional races will be announced at a later date.

Beginning Dec. 9 at Charlotte, the 21-time winner in the NASCAR Sprint Cup Series will begin testing for MWR.

Michael Waltrip will drive the No. 66 Toyota in the Daytona 500. This is the latest fallout from the incident at Richmond International Raceway.

“Michael Waltrip Racing has two teams and drivers racing for the NASCAR Sprint Cup championship in 2014 and our third team will play a very important role in that pursuit,” said co-owner Rob Kauffman.

“We were extremely fortunate to have a driver as experienced and respected as Jeff Burton come available. He will be able to have an immediate impact as we continue to strive for that last one percent that separates champions from contenders.”

The car Burton will drive will be the former No. 56 car as Martin Truex Jr. moves on to Furniture Row Racing to drive the No. 78 Chevrolet.

“These are great people who have dedicated themselves to become winners at the highest level. Michael and Rob are so committed to success and I wanted to be a part of that. I’m excited to do something new and will work hard to help the other two teams compete for wins and a championship.” said Burton about his new team.