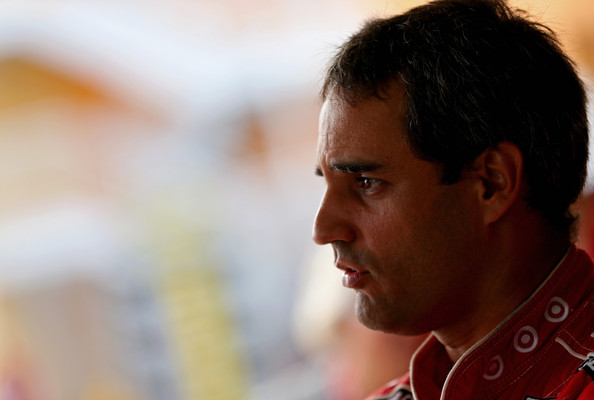 Juan Pablo Montoya is returning to American open-wheel racing for the first time since 2001 next season. He will be driving for Penske Racing. Up and coming Nationwide Series driver Kyle Larson will be assuming Montoya’s No. 42 Chevrolet at Ganassi Racing in the Sprint Cup Series.

But just because Montoya is heading to open-wheel, does not mean that his NASCAR career is officially over.

On Monday, at IndyCar testing at Sebring, Team Penske president Tim Cindric said that it is possible that the team would be receptive to putting it’s newest IndyCar driver back in a stock car if the conditions were just right.

Montoya only won two races in 253 NASCAR Sprint Cup Series starts and only one race in 23 Nationwide Series races, but his strength shows at road courses, where we would likely see him if he was to run some races in NASCAR next season.

“How many guys out there could bounce from series to series like he has?,” Cindric said. “I think he has some unfinished business in the stock car. At the right time, we may put him in one of our cars that we feel is competitive. I think it’s an interesting thing to do. We have to mutually commit to this. This needs to be where the success needs to be to start with.”

Cindric goes on to say that Montoya is a quick learner, “I think the difference is going to be getting him to understand what it takes to win. I think somebody like [teammate] Will [Power] really understands not only how to go fast, but how to save fuel. When to save fuel. Who your competitors are. Which ones you can trust, which ones you can’t. I don’t care who you are, it’s going to take some time to learn those nuances.”

“For us a team, we have to figure out how to put a whole season together. There hasn’t been a race in the last how many years that I didn’t feel like we couldn’t win. As long as you have that you have a good thing.” Cindric said.