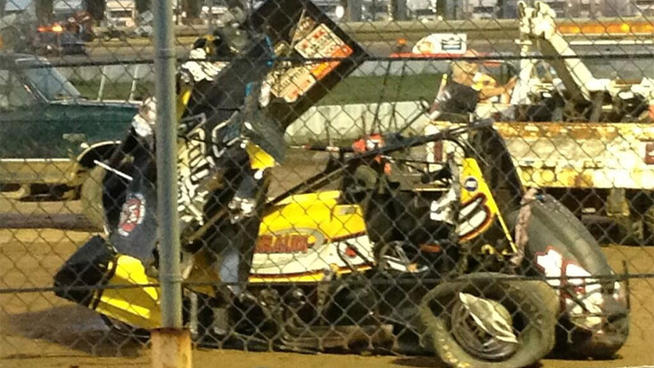 NASCAR driver Jason Leffler was killed in a wreck at Bridgeport Speedway in New Jersey on Wednesday, June 12. He was 37 years old.

Leffler was racing a Sprint Car at the tracks “Night of Wings.”

Eyewitness reports say that Leffler flipped on the front stretch and had to be extracted from his car. Leffler was taken to Cooper Trauma Center where he later died from injuries he sustained in the accident, confirmed by New Jersey State Police.

Leffler competed in one Sprint Cup Series race this season, at Pocono Raceway last weekend, driving the No. 19 Toyota of Humphrey Smith Racing.

Leffler was a father to his five year old son, Charlie. Leffler won four USAC championships and was inducted into the National Midget Auto Racing Hall of Fame in 2003.

Leffler was known as “lefTurn” and had the nickname written above the driver’s side window on the cars he raced.