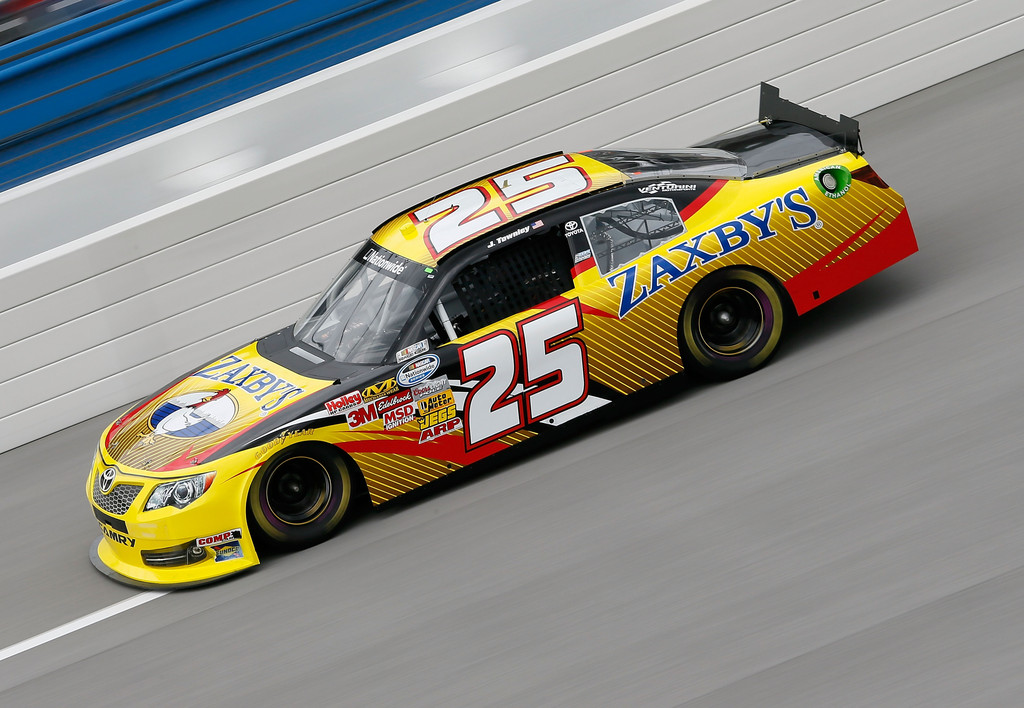 John Wes Townley qualified tenth for the NASCAR Nationwide Series race at Talladega but his time was disallowed after qualifying. Townley’s car failed post qualifying inspection for being too low.

Since Townley was racing for Venturini Motorsports, a team running a limited schedule, he had no owner points to fall back on.

Townley will compete in the Aaron’s 312 after Zaxby’s sponsorship was moved to the No. 10 car which Jeff Green qualified. Green had driven the No. 10 car for seven races this year but had not attempted to run a full race.

Tim Andrews was the beneficiary of the infraction against Townley. He will compete in the race on Saturday. Andrews was one of two cars who failed to make the field.

Townley’s time for ARCA qualifying was also disallowed and he was forced to start in the back of the field. On lap 29 teammate Milka Duno sent Townley into the outside wall ending his day.