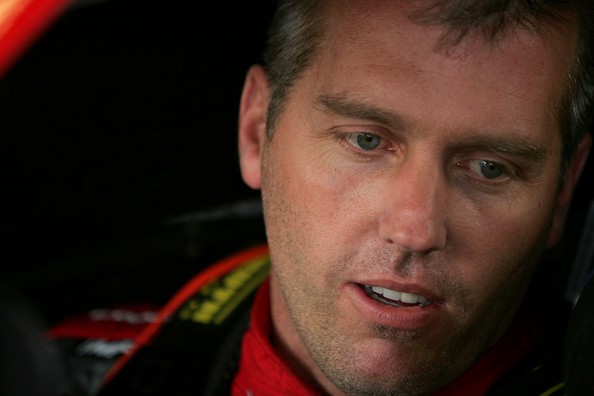 “I thought I would just call in and see how you guys were doing, Brian, Eli,” Mayfield said. “I haven’t been around much to talk to you guys lately, and just wanted to ask Brian if he’s willing to accept the fact I’d like to come back racing and if we could sit down and talk about it and figure out what we need to do to make that work.”

France had to be surprised by the call but nevertheless gave Mayfield a chance.

“Well, Jeremy, you know the path back for you — it’s the path back for anybody,” France said. “I’ve always hoped you would choose the right path and not litigation and a bunch of other things, but that’s up to you and you have a welcome mat out anytime you want.

“There’s a stated process that A.J. Allmendinger just went through and we welcomed him back — and it’s terrific. That’s up to you.”

Mayfield was banned from NASCAR after testing positive for methamphetamine’s in 2009.

“OK, well, I appreciate that,” Mayfield said after hearing France’s words. “I didn’t mean to bother you on the show, but it’s the only way I could get ahold of you and I figured it would be a great opportunity to do that.”

The legal battle between Mayfield and NASCAR was well documented. Asking to return to NASCAR is far from it all being over for Mayfield.

The driver faces years of jail time after 1.5 grams of methamphetamine was discovered in his home in November of 2011. In addition stolen property from Team Red Bull and Fitz Motorsports was found on his property.

To put it simple, We have not heard the last of Jeremy Mayfield’s legal issues.