Brad Keselowski won his first NASCAR Sprint Cup title in 2012, finishing ahead of Clint Bowyer and Jimmie Johnson. Expect another group of drivers to contend in 2013. 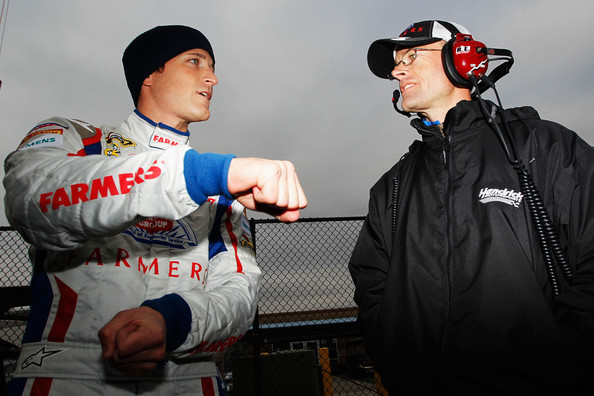 Last season Kasey Kahne joined Hendrick Motorsports. The first handful of races did not go as planned but starting at the seasons seventh race at Texas the No. 5 car clicked off nine consecutive top-ten finishes including a win at Charlotte. In the seasons final ten races Kahne managed six top-ten finishes.

The results? The first multiple win season for Kahne since 2009 and a career best fourth place finish in the points. The biggest difference for Kahne last season was where he started. Kahne started a career best 8.8 while claiming four poles.

With a second season at Hendrick on the way, expect Kahne to contend for more than just wins in 2013. 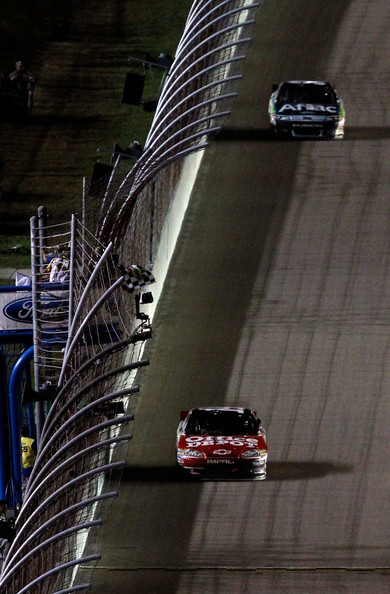 No one is going to bet against Tony Stewart winning his fourth Sprint Cup title. A year after winning five races in the Chase the driver of the No. 14 car could not find the same magic in the seasons final ten races. Stewart totaled four top-ten finishes during that span.

Steve Addington was a new addition at Stewart Hass Racing last season. He will be operating as Stewart’s crew chief again this coming season. Partnered with Darian Grubb for a second season Stewart won the 2011 title.

Stewart has finished ninth or better in the driver standings all but once in his 14-year Cup career. The first step to winning a Sprint Cup title is making the Chase, Stewart will have no problem doing that again.

The man Stewart beat in 2011 was Carl Edwards. There is nothing from Edwards 2012 season that suggests he could be a contender in 2013. Naturally that is exactly why he is a contender.

Enter Jimmy Fennig who had been the crew chief for the No. 17 car driven by Matt Kenseth. With Kenseth headed to Joe Gibbs Racing the veteran crew chief moves over to the No. 99. Fennig took over crew chief duties for Kenseth midway thru 2010 and the duo finished seventh or better in the final standings all three years. Over the last two seasons Kenseth won three races. While Edwards and Kenseth have different driving styles its worth nothing that Fennig won a Cup title with Kurt Busch. Simply put, Fennig will be a difference maker in 2013.

Despite five wins in 2012 the No. 11 car finished sixth in the final driver standings. Hamlin was joined with Darin Grubb but the thing no one at JGR counted on were the parts failures.

No part failure was more damaging to Hamlins season then the electrical failure at Martinsville during the Chase. Hamlin entered the race third in points at arguably his best track and the results were season altering. While the electrical problems ultimately ended Hamlin’s pursuit of the Sprint Cup it is worth nothing that the driver did have a pair of speeding penalties.

JGR should have fixed some of their problems from last season, now Hamlin must reel in his emotions as well. 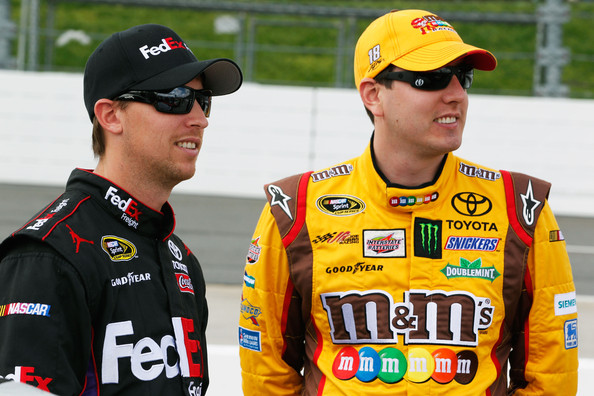 Almost everything that was said about Hamlin could be applied to the 2012 season of Kyle Busch. The talent is there while the results, especially in the Chase, have been spotty at times.

Busch failed to make the Sprint Cup Chase last season. That statement alone is hard to get over. Part of the problem may have stemmed from the struggles of his Nationwide program. Busch’s Nationwide team failed to meet the drivers expectations and left him without a win in the series for the first time since 2003.

Late in the season Busch’s Nationwide program began to turn the corner and so too did his Cup results. Over the seasons final ten races he finished seventh or better eight times. Those are the numbers that should be expected of Kyle Busch and those are numbers that the now 27-year-old can reach.