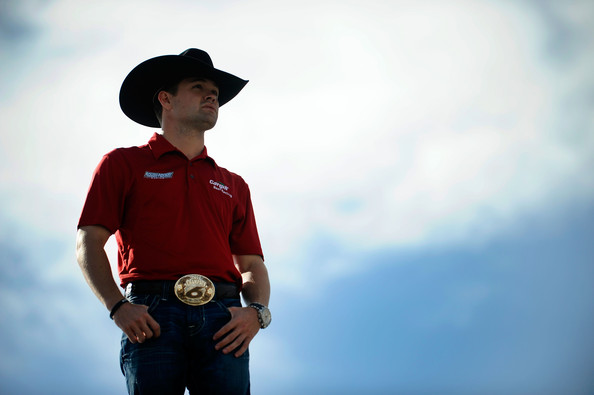 Ricky Stenhouse Jr. has won his second NASCAR Nationwide Series title in as many years. While Stenhouse will always recall last seasons title as his first in NASCAR, his second title was far more convincing of his abilities as a driver.

Stenhouse Jr. has grown tremendously during his time in the Nationwide Series. He has become both a better driver and a better speaker. Both of which will help facilitate his move into the Sprint Cup Series next season when he is set to assume to seat of the No. 17 Ford at Roush Fenway Racing. 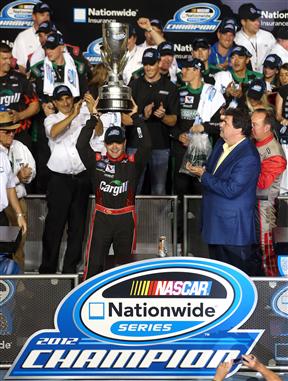 Prior to the 2011 season NASCAR made the decision to require drivers choose only one series in which they could accumulate points. This rule was implemented to prevent full time Cup drivers from winning the Nationwide Series title. Full time Cup drivers had won the championship the previous six seasons.

Stenhouse Jr. won two races last season, the second of which was Iowa. That race saw only one Cup series regular compete in it. While a champion on paper it did not appear that way to the eyes.

Cup drivers again provided stiff competition for Stenhouse and Sadler but this season both drivers projected the image of championship winning drivers. Both drivers outscored their point totals from a year ago. Stenhouse, and Sadler, matched or topped his numbers in every major statistical category.

Last year Stenhouse arrived at the track with a chance to produce a top five finish. This year he arrived as a favorite to win. Anywhere, anytime.