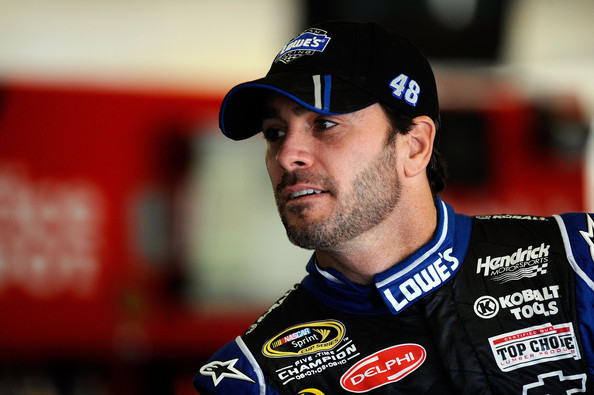 Jimmie Johnson is sitting 20 points behind Brad Keselowski going into championship weekend at Homestead-Miami Speedway – he has a large gap to make up if the five time championship wants to be the one with the Sprint Cup series trophy at the end of the Ford Eco Boost 400.

Keselowski only has to finish 15th in order to win his first NASCAR Sprint Cup series championship. Johnson knows that Keselowski is tough,” Their trends this year have been strong…. we both have proven we are willing to race hard.” he said.

However, if Johnson is nervous or has any doubts – he isn’t showing it.  “Something can happen here…” Johnson said of the race at Homestead, ” There’s still a lot of competition on the track. This isn’t just any other race, this is the championship race. [I am] very optimistic we will have a very fast race car.” 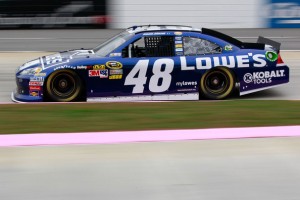 Johnson’s average finish at Homestead is 13.5 – he has seven top ten finishes in eleven races. The numbers are solid but not great. Even with a win for Johnson at Homestead – it still might not be enough to pass Keselowski for the points lead.

Does he have to hope for engine trouble for the No.2 Miller Lite Dodge? Or for him to be involved in a wreck? “Things can happen in racing – I think either way we will be in good shape. If luck comes our way we will be ready to capitalize on that.” Johnson said.

If anyone can overcome a 20 point deficit it is Johnson, “Regardless of how experienced anyone is… the magnitude of it hits you… It may not happen till he’s [Keselowski’s] in the car.” Johnson said he’s lived through it five times, and that is a turning moment and they will “see how he [Keselowski] responds.”

Mind games? Maybe. But you don’t win five championships without learning a few things and about how to size up your competition.

To Johnson, he still has a very real shot of bringing home his sixth championship for the No.48 Lowes Racing team. At least – that’s what he is conveying to the public… and isn’t believing the first step to accomplishing anything?