The above trailer from NASCAR The Game Inside Line did not happen this season. In fact it was not even close to happening. It serves more as a what if Carl Edwards had of beaten Tony Stewart to the line last year at Homestead.Edwards did not lose the 2011 NASCAR Sprint Cup Series Championship. Edwards just did not win it. NASCAR’s top division saw two drivers tie, the winner decided on wins. Edwards lost that tiebreaker to Stewart. 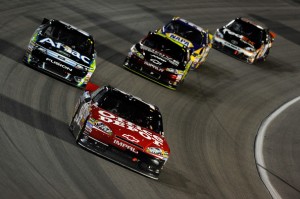 While the team has shyed away from talking about it, it is clear that not winning the championship last season has had a huge impact on the No. 99 team.

Edwards nearly won the Sprint Cup Series title last year. This season he was not even a contender. Not for the title, not for the Chase, not even for a race win. A year after nearly winning it all, Edwards had the worst season of his career.

While Matt Kenseth and Greg Biffle both found victory lane and made the Chase for Roush Fenway Racing, the driver who was supposed to set forth on a path of excellence has fallen behind. After losing out on the 2010 championship Denny Hamlin fell into a slumber last season. Edwards has taken it to a new level.

Carl Edwards would have been better off staying at home this season then stepping into a Sprint Cup Series car this year. Aside from not winning a race the 33-year-old driver has set career lows in both top-fives and top-tens. Edwards has led only 254 laps this season, he led 903 last season. 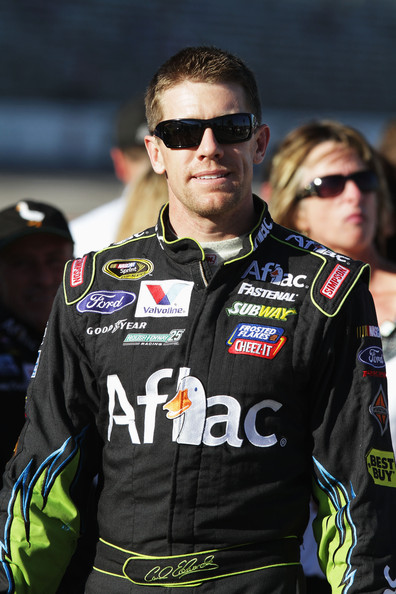 There have been few positives to take from the 2012 season for Edwards. He has not scored a top-five in his last six starts, he averaged one every 1.9 starts last season.

Never a strong qualifier, Edwards has not been a strong finisher this year. His 15.7 average finish this season, the worst since his partial season in 2004. Edwards 24 finishes on the lead lap are also a career low.

Had it not been for a one race deal to drive the No. 60 Nationwide Series car at Watkins Glen then Edwards would have been skunked across the board.

Already struggling at mid-season it was then announced that crew chief Bob Osbornes had been diagnosed with a serious medical condition. Osborne would step away from the team. His place was taken by Chad Norris. If the question was whether Osbornes deteriorating health was affecting the No. 99 car the answer was answered early as no. RELATED: Fennig named crew chief for Edwards in 2013

It could be argued that this weekend may be a turning point in the career of Edwards. In the last seven races at Homestead Edwards has finished 8th or better. He has won or finished second in three of the last four. That second place finish; will it be the one that forever haunts Edwards?

I am sure Edwards and company would love to return to Homestead and claim a victory in Sunday’s Ford 400 but there has been no evidence all season to suggest that will happen.