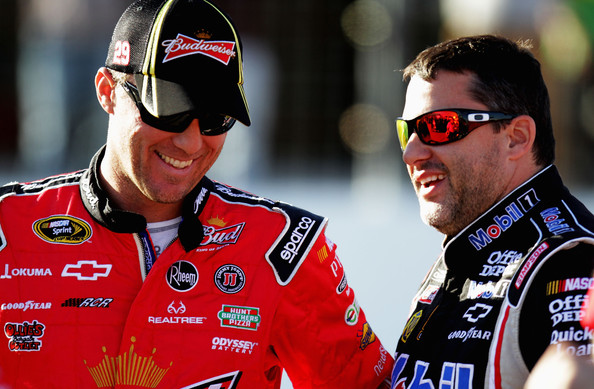 If you have been wondering when Kevin Harvick would join Stewart Hass Racing we may now know. Reports are circulating that SHR will expand to four teams in 2014 with the addition of Harvick to a team that already fields cars for Tony Stewart, Ryan Newman and Danica Patrick.

“Multiple NASCAR industry sources confirmed to ESPN.com on Friday that Harvick has signed a multiyear agreement to drive for Stewart-Haas Racing beginning with the 2014 season” says Marty Smith.

Neither Harvick or Stewart wanted to speak on the news.

“I’m looking forward to finishing out this season on a strong note with RCR and continuing to build our program going into the 2013 season with the ultimate goal of winning a championship,” Harvick told ESPN.com on Friday at Phoenix International Raceway, when he was asked about his future. “Anything beyond that, once I know what my future plans are set, I’ll let you know.” 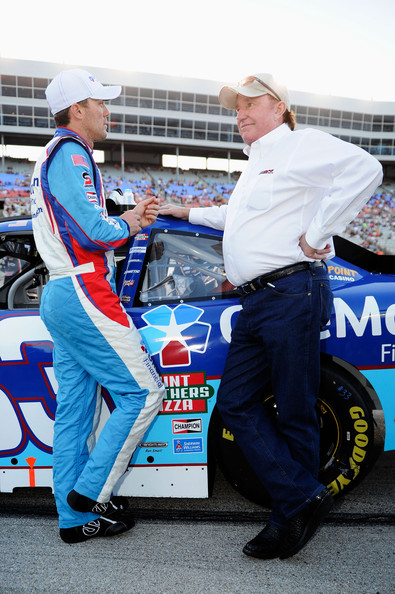 The news has not set well at Richard Childress Racing.

Team owner Richard Childress was asked about the report and said  “About that (expletive) out there. … He’s driving for me in ’13 and we’re still in ’12 so I ain’t even going to talk about (that) to nobody. That’s where I’m at.”

The departure of Harvick would remove the top driver at RCR. Last season the team was unable to find, what Childress termed, suitable sponsorship for Clint Bowyer.

RCR also fields cars for Paul Menard and Jeff Burton. Childress also has his two grandsons signed to contracts. Austin Dillon is running the NASCAR Nationwide Series schedule this season and will do so again next season. His younger brother Ty Dillon is currently competing for the Camping World Truck Series title.

The team also is fielding a car for Elliott Sadler in the Nationwide Series this season. Sadler will depart RCR at the end of this season.

Harvick made his first apperance in RCR equipment during the 1999 Nationwide Series season. In 2001 Harvick moved up to the Sprint Cup level driving the No. 29 car, following the death of Dale Earnhardt.