The drivers are at Texas Motor Speedway for the AAA Texas 500. Jimmie Johnson is on the pole for the second week in a row, after winning from that same position, just last weekend at Martinsville. 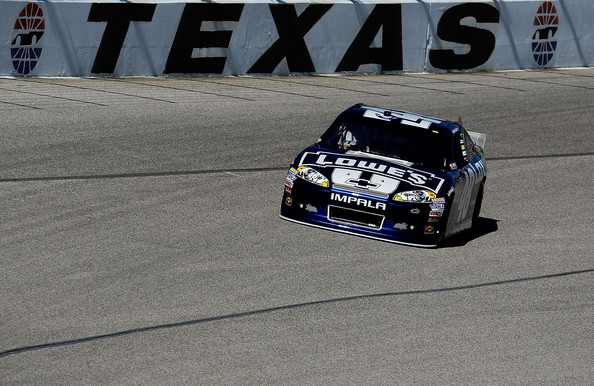 Johnson is your points leader in the Chase for the NASCAR Sprint Cup Title, leading
Brad Keselowski by 2 points. Keselowski will roll of the grid in eighth position. Keselowski was fastest in final place on Saturday with a speed of 184.300.

NASCAR heads to Phoenix next weekend before ending their season at Homestead.

Who else to watch at Texas? Greg Biffle and Matt Kenseth. Kenseth is the only driver to have a better average finish than Johnson at the 1.5 mile track. Biffle, on the other hand, won the Spring race.

I also would not count out Denny Hamlin, who had car trouble last weekend at Martinsville. The issues ended his chance of claiming the title. Hamlin has 8 top tens out of 14 starts and two wins at the track.

A.J Allmendinger, who is starting 26th is making his final start with Phoenix Racing in the No.51 Chevrolet. Regan Smith will take over starting next weekend at Phoenix.