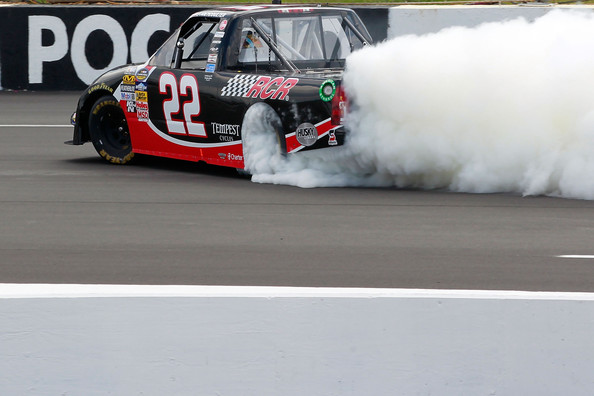 Coulter drove the No. 22 Richard Childress Racing truck to the lead with help from a late race restart.

Crew chief Harold Holly praised the work Coulter has done to improve since the two started working together. He compared the win “as good as any.”

The shortened event distance produced a race that required only one pit stop.

In victory lane Coulter praised everyone at Richard Childress Racing for the equipment.

Coulter’s mom talked about how hard he’s worked since he was eight.

James Buescher finished second. Timothy Peteres who entered the weekend as the points leader was involved in a late race wreck which narrowed his points lead to 8 over Ty Dillon.