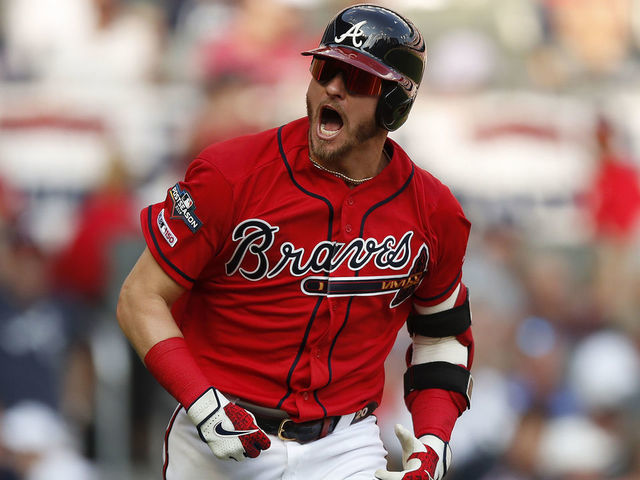 HomeNewsBraves among teams with four-year offer for Donaldson
News

Braves among teams with four-year offer for Donaldson

It is becoming increasingly likely that Josh Donaldson will sign a four-year contract.

Told by someone who should know that #Braves have indeed made a 4-year offer to Josh Donaldson. @Feinsand today reported Nationals, Twins have also made 4-year offers along with Braves.

Donaldson joined the Braves on a one-year deal last season in an effort to rehab his value after a 2018 that was largely lost due to injury.

It has been believed that Donaldson would prefer to stay with the Braves if all things were equal. What the value of any of the offers out for Donaldson are remains to be seen. He made $23 million on his one-year deal with the Braves for 2019.

The Braves also also at-least talked with the Rockies and Cubs about acquiring Nolan Arenado or Kris Bryant. They could also opt to turn over the position to Austin Riley or Johan Camargo if they are unable to bring back Donaldson.