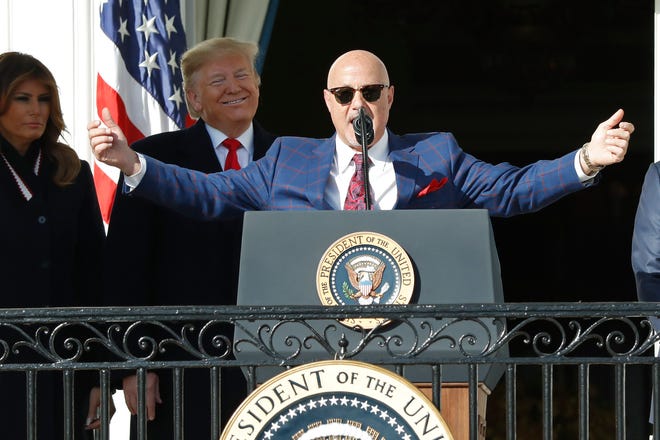 After the Nationals Game 7 win in Houston over the Astros a parade in DC and later a trip to the White House with President Donald Trump followed. Highlighted by Kurt Suzuki’s decision to wear a MAGA hat the Nationals were criticized on social media by those opposing Trump’s policies.

“We weren’t trying to make a political statement, whatsoever,’’ general manager Mike Rizzo told USA TODAY Sports. “We just thought that the honor and the tradition of champions being invited to the White House and the office of the president, and especially us being the hometown team in their backyard two miles away from the capital, is something that should be done.

“Obviously, each player could make their own decision whether they wanted to attend, but most of the players were excited by it.”

Nationals reliever Sean Doolittle opted to skip the visit and players from other championship winning teams have also publicly declined to attend with their team. 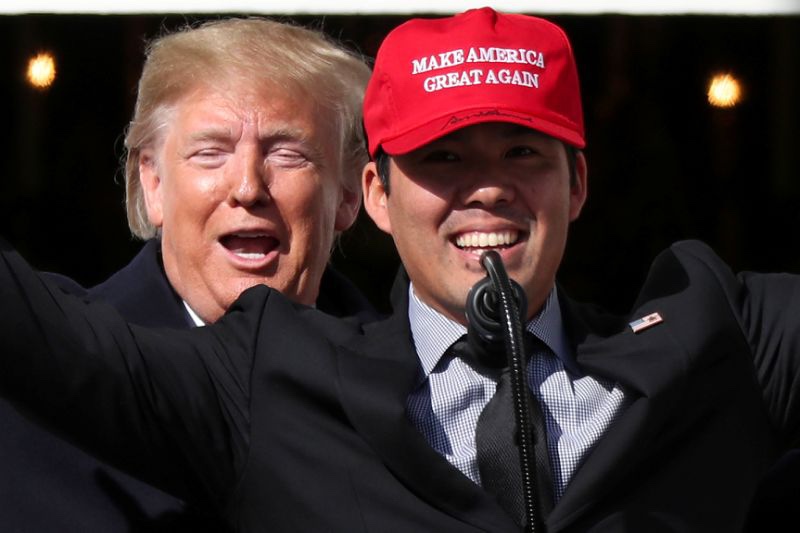 “You’re in a situation where you’re damned if you do and damned if you don’t,” Rizzo said. “I don’t have a political bone in my body. I vote for who I want. I don’t care what the party is. I vote every election. I’m listed as an Independent. My dad was a city worker in the city of Chicago for 45 years. We voted Democrat for the [Richard] Daleys a lot. I voted Republican sometimes.

“The office of the president is something that we respect. We felt we should be there. We also felt we should do it with everyone still in town there, or not do it at all.”

With the decision to visit the White House so quickly after the World Series the team ensured many of their departing free agents would have a chance to attend if they wanted while also avoiding the distraction of doing a visit during the regular season.