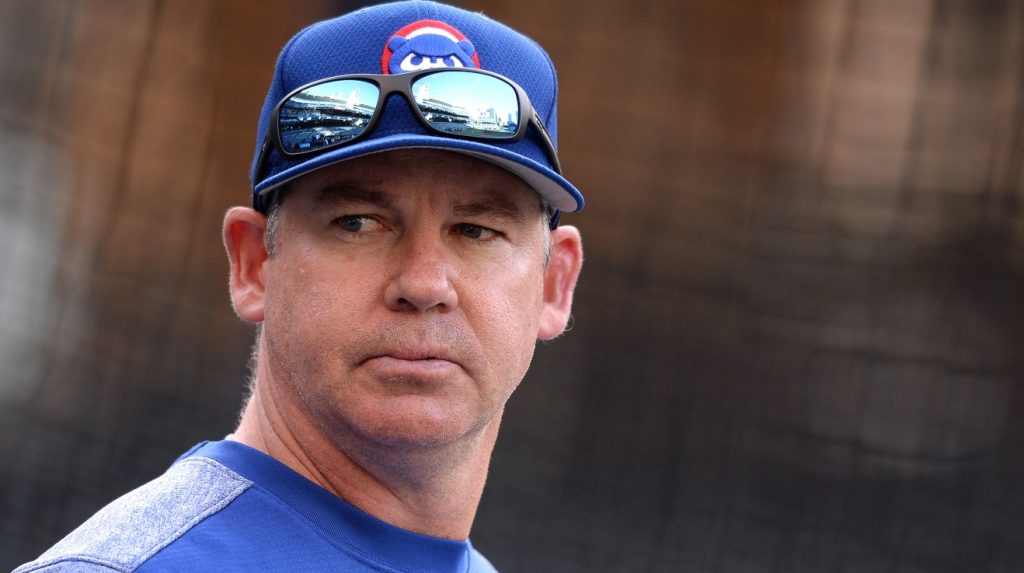 Cubs bench coach Mark Loretta was suspended one game and fined an undisclosed amount for inappropriate conduct following a replay review during Saturday’s game against the Cardinals.

Loretta will serve the suspension Tuesday night when the Cubs face the Pirates in Pittsburgh.

On Saturday night Loretta put the umpire review headset on to attempt to get an explanation from New York.

Mark Loretta was suspended because he put the umpire review headset on to get an explanation from New York on Saturday. Might be against the rules but that’s kind of funny.

The Cubs are currently four games behind the Brewers for the second Wild Card spot. With just a handful of games left the Cubs are in must win mode. Already without Kris Bryant, now the team is without Loretta.

Loretta has been rumored to be a possible replacement for Joe Maddon for the Cubs manager role. Other potential jobs for Loretta include San Diego and Kansas City.