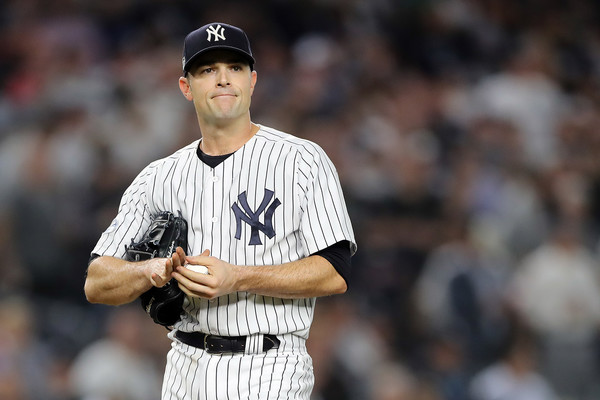 David Robertson is believed to be looking for a three-year deal as he searches for a team to play for in 2019. According to George A. King of the New York Post, suitors have been looking to keep his contract at two years.

Robertson is said to prefer to remain in the Northeast which meshes well with the Yankees, Red Sox and Phillies who are said to be all interested in the right hander. With Craig Kimbrel and Zach Britton also being linked to the same group of teams, it could come down a situation of who blinks first and will take less years.

The Yankees are said to be looking for two relievers even after the signings of Danny Coulombe and Rex Borthers to minor league deals. Coulmbe, 29, made 27 appearances for the Athletics in 2018 posting a 4.56 ERA. The 31-year-old brothers is still trying to work his way back to the big league roster after injuries. Brothers is years removed from his run of success with the Rockies.