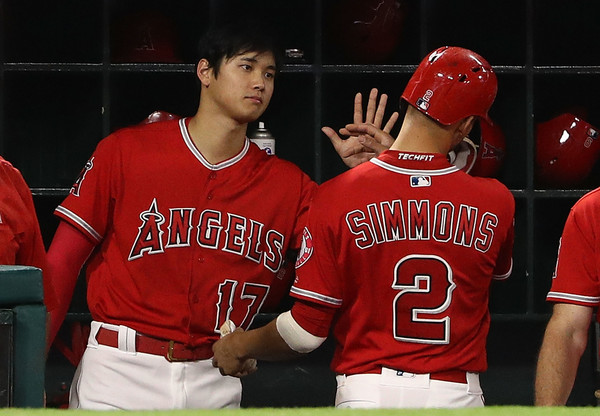 Shohei Ohtani has full range of motion in right elbow

Shohei Ohtani has full range of motion in his surgically-repaired right elbow.

This is obviously good news for the player the Angels figure to use as a full-time DH in 2019. After undergoing Tommy John surgery in early October, Ohtani has been rehabbing in his native Japan.

General manager Billy Eppler said on Monday that it was too early for the Angels to have a hitting plan for him. Ohtani is expected to return to the states in January for a checkup.

Shohei Ohtani’s rehab from Tommy John surgery has been progressing well in Japan. He has full range of motion. He’ll return to the US for a checkup with doctors in January. But still too early to set up a hitting plan for 2019.

A two way player, Ohtani won the 2018 AL Rookie of the Year award.