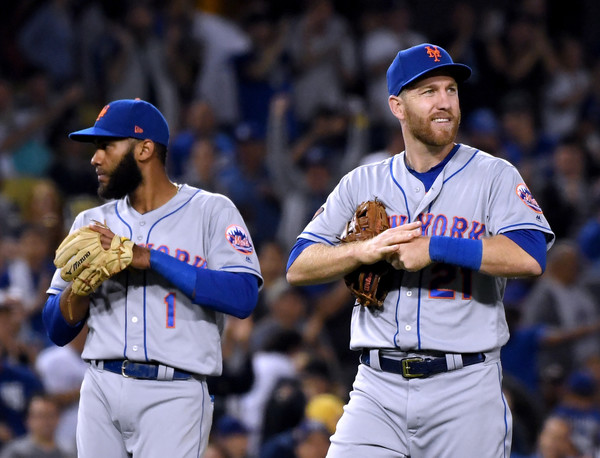 So much for that crazy catch that everyone thought Todd Frazier made going into the stands at Dodger stadium. Even that has been taken away from us.

Rather than being a crazy catch, Frazier apparently pulled off something more akin to little league. The ole’ ball switch.

Playing third base, Frazier made his way to the stands to catch a ball off the bat of Alex Verdugo.  As Frazier appeared to make the catch, Frazier made contact with the wall and of course with this being Los Angeles and just the second inning, ended in an area of empty seats. Third base umpire Mark Wegner arrived and threw up a sign that Verdugo was out. Frazier held up a ball.

And now a day later we find out it was not the game ball. In fact it was not even a real baseball. It was a rubber ball according to SNY’s Steve Gelbs.

Remember that play, @FlavaFraz21 made on Monday night?

“It was a rubber baseball — the likes of which 6, 7-year-olds would use,” Gelbs reported.

The real ball ended up with a fan while Frazier ended up with a ball from someone’s belongings. After the out was called Frazier tossed the rubber ball back into the stands.