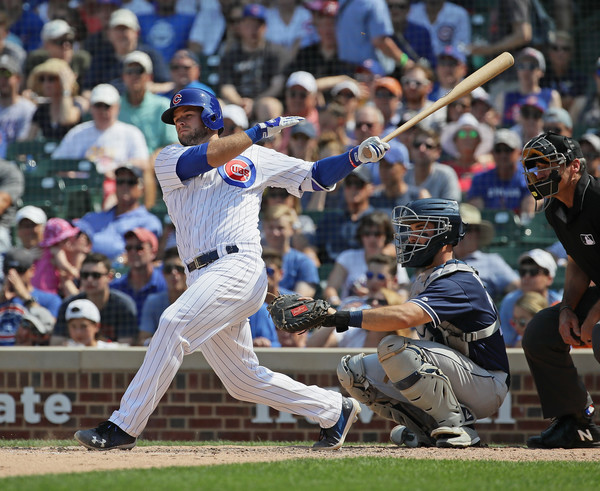 The legend of David Bote had another power track added to it on Sunday night.

Pinch hitting, Bote hit his first big league grand slam to center field powering the Cubs to a 4-3 come from behind victory over the Nationals. The slam, aided by a misplayed ball and two hit batters, came off Nationals closer Ryan Madson and spoiled what had been a superb pitching performance by Max Scherzer.

Cubs starter Cole Hamels had another gem pitching seven innings allowing just a hit, one run and a walk while striking out nine.