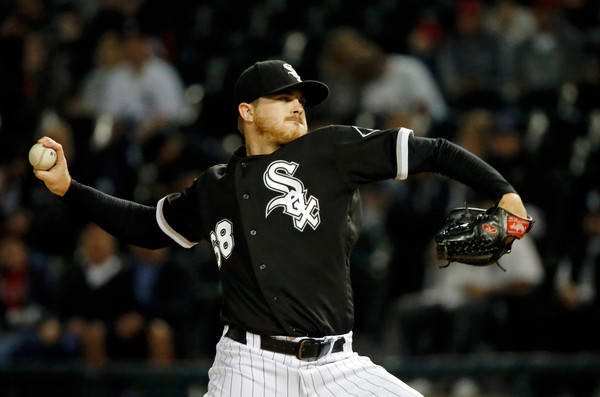 Getting Covey off their 40-man roster was something the White Sox could not due last season since they had claimed him in the Rule 5 draft from the Athletics in December of 2016.

A former first round pick of the Brewers, Covey opted for college and ended up being drafted by the Athletics in the fourth round in 2013.

Willy Garcia injured his hand during winter ball in the Dominican Republic and apparently that is an issue that is still giving the 25-year-old trouble.

Garcia dealt with a concussion and hamstring issues down the stretch for the White Sox. He appeared in 44 games hitting .238/.305/.400 with two home runs and 12 RBI.

With the ability to play all three outfield positions there is a good chance that Garcia sees at-bats this season but he’s not an option currently as an everyday player.