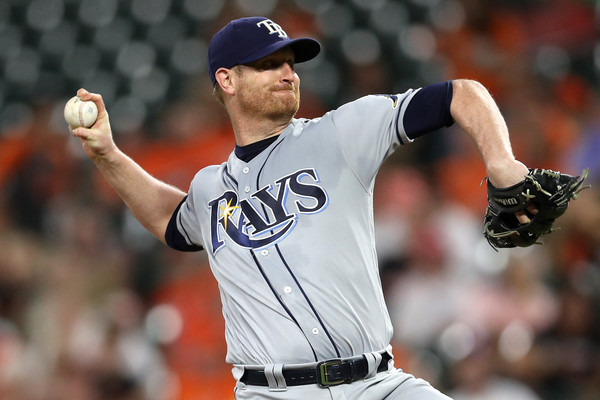 Could Alex Cobb or Chris Archer join the Cubs this offseason?

With Jim Hickey being named the Cubs pitching coach, it would not be a surprise to see Cobb follow his old coach. In fact Hickey even endorsed a trade for Chris Archer during an appearance on 670 the Score in Chicago.

Hickey spent 11 years as the pitching coach with the Rays. His time there overlapped with Cubs manager Joe Maddon so it was little surprise he was brought to the organization when Chris Bosio was let go.

The Cubs are going to be looking for rotation help with Jake Arrieta becoming a free agent. Money makes any new deal for Arrieta problematic for the Cubs and a pitcher such as Cobb will come at a smaller overall cost for the team.

“I’d say, ‘Go ahead, good job, yeah I’m on board,’” Hickey said on the Spiegel and Parkins Show on Thursday when asked what he’d tell Cubs brass about a free-agent pursuit of Cobb. “We’ve actually already talked about a number of free agents, whether they’re starting pitchers or relief pitchers. And I’ve been given a couple assignments already as well.”

Archer is owed $13.75 million though 2019 with club options for 2020 and 2021 at $9 million and $11 million. Signed to team friendly deal, a team such as the Cubs may view Archer as an option opposed to scouring the free agent market. Archer has posted ERA’s north of 4 the last two seasons but did post 11.01 strikeouts-per nine and a 4.15 strikeout to walk ratio in 2017. He owns a 3.63 ERA in his big league career, all of which has seen Jim Hickey as his pitching coach.