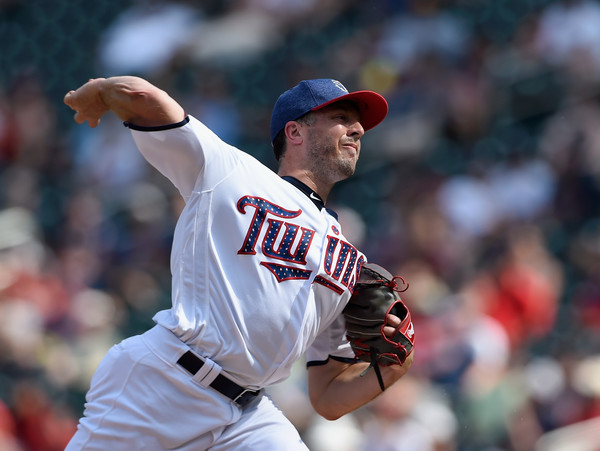 Brandon Kintzler went to the All-Star game last year as the Twins closer.

The 33-year-old racked up 28 saves before the Twins sent him to the Nationals at the trade deadline. Of course that trade had a lot to do with the Twins belief they were outside of the AL Wild Card picture and a hope to get something for Kintzler rather than allowing his contract to expire at the end of the year. Once he joined the Nationals, Kintzler moved into the role of a setup man and there is some belief that they will make a play to have him return for the 2018 season.

Still with all that being said, Kintzler is expected to have other suitors as well. Mike Berardino of the Pioneer Press says that several other teams have expressed early interest in Kintzler.

#mntwins are among a handful of teams to express early interest in FA reliever Brandon Kintzler, who recorded 45 saves for them in 2016-17. #Nationals would like to retain him as well. Stood out in WSN clubhouse and on the mound after being traded.

Kintzler figures to get a contract below those of Wade Davis and Greg Holland making him an attractive back of the bullpen piece. Other teams may take the smaller contract and consider him as a setup man. He spent six years with the Brewers before joining the Twins as a free agent in the winter of 2015.