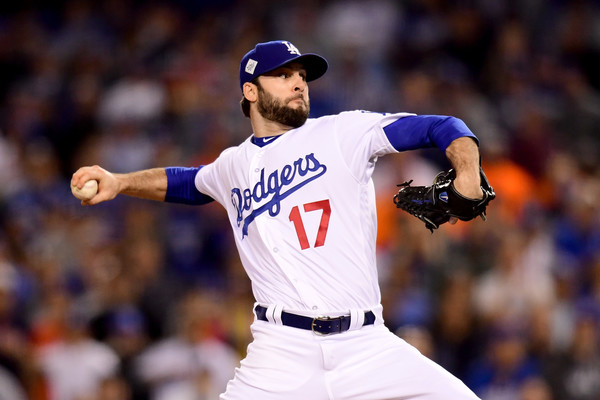 Relief pitcher Brandon morrow is hopeful that he will remain with the Los Angeles Dodgers.

Morrow, 33, was a key piece of the Dodgers bullpen head of Kenley Jansen this past season. After flaming out as a starter and making just 23 appearancesDuring that time he compiled a 2.06 ERA and held opponts to a 0.92 WHIP while striking out 10.3 batters per nine. over the last two seasons, Morrow appeared in 45 games for the Dodgers.

Brandon Morrow wants to re-sign with the #Dodgers pic.twitter.com/1osq9wzKy9

Morrow’s strikeout rate was his highest in 6 years and teams may be leary after he pitched in all seven games of the World Series. While most of those outings were fine, Morrow’s performance in Game 5 where he allowed 4 runs without recording an out is something the veteran conceded as selfish.

The Dodgers had the highest payroll in baseball last season and it is doubtful that will change going forward. Morrow will surely see what is available on the free agent market even if it is just to squeeze a few more dollars out of the Dodgers front office. There are several other high end back of the bullpen arms available this winter so any chance of Morrow getting a gig as a closer appears to be limited.