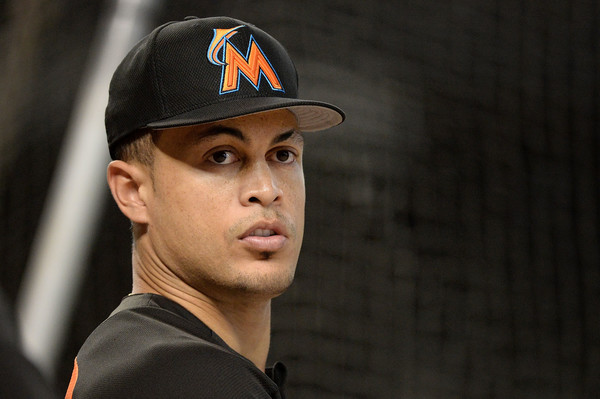 If the Miami Marlins are going to get their payroll down to $90 million as the Miami Herald suggests then there is going to be massive trades.

Operating on a $115 million budgets the Marlins were largely an afterthought in the NL East this season and raises on existing contracts have their payroll closer to $140 million than the $90 million number.

Giancarlo Stanton – who hit 59 homeruns – and others have been said to be available in trades. Owed $25 million next season and $295 million on the remainder of his contract it’s looking like the MLB homerun leader will be wearing a different uniform next year. Others who could be moved are Stanton’s outfield buddies in Marcell Ozuna and Christian Yelich in addition to infielders Dee Gordon and Martin Prado.

One player the Marlins will likely be paying is pitcher Edinson Volquez who underwent Tommy John surgery in August. He is owed $13 million for 2018. In addition Wei-Yui Chen can exercise a player option that will guarantee him $60 million over the next three years.

Trading Stanton, Prado and Dee Gordon would seemingly get the team under the $90 million figure but it does not account for any money that the Marlins will have to pay in order to foster a trade. It also fails to account for the cost of a replacement player.