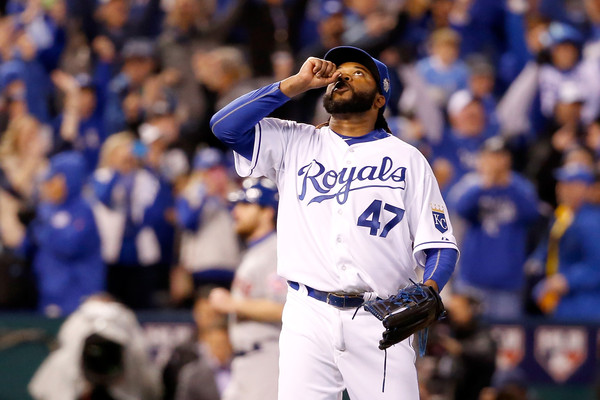 The top end of the San Francisco Giants rotation got stronger on Monday when the team signed Johnny Cueto to a six year deal.

According to ESPN’s Jerry Crasnick, the deal is worth a total of $130 million and includes an opt-out clause for Cueto after the 2017 season. The Giants also have an option for a seventh year of Cueto.

Over his eight year career Cueto owns a 96-70 record to go with a 3.30 ERA. As important he has a 2.87 ERA and a 1.12 WHIP dating back to the start of the 2010 season.  In his lone World Series start he showcased himself well tossing a complete game two hitter against the New York Mets while allowing just a lone run.

Including Johnny Cueto's $130M deal with #SFGiants, MLB teams have now spent about $890M on starting pitching this winter.

With Cueto and Jeff Samardzija joining the Giants who already had Madison Bumgardner the NL West is going to be harder to score runs than last season.