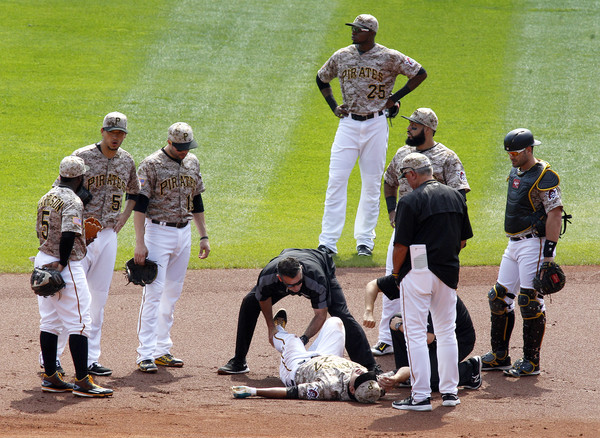 Kang was taken out on a hard slide by Chicago Cubs outfielder Chris Coghlan as he attempted to break up a doble play. After lying on the field for a few minutes, Kang was able to leave the field with assistance.

Jordy Mercer, who was taken out on a similar play back in July, was inserted into the game to replace Kang.

Since joining the Pirates, Kang has been a key player to their offense hitting .287/.355/.461 while also playing third base and shortstop.