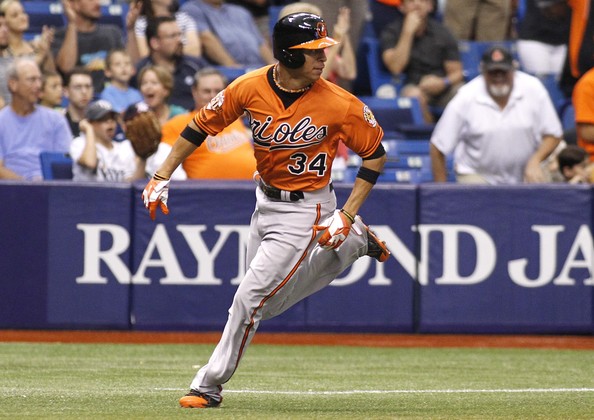 Quintin Berry has signed a minor league contract with the Red Sox.

Berry, 30, will also receive an invitation to spring training after spending most of the 2014 season in the minor leagues with the Orioles.

Best known of his speed, Berry finished his minor league campaign hitting .285/.382/.367 with 25 stolen bases. Berry may be able to carve out a bench role but will have a hard time doing that with the Red Sox who already have a healthy supply of outfielders.

Bard, 29, has hit a rough spot flaming out last season while in Low-A. There he allowed 13 earned runs in four games.

The right handed Bard will attempt to land a spot in the Cubs bullpen this spring but that may be a tough task.

Given Bard’s previous relationship with Theo Epstein he may be more open to starting the season in the minors.